You may remember that on Thursday, I announced a merchandise giveaway. If you don’t, feel free to check out the post here, but the giveaway has now ended!

For a reminder, this is the prize on offer, and the winner as well as the answers will be revealed in this post:

Answers to the Contest

In order to have a higher chance of winning the giveaway, you had to guess a couple of rooms around the island! These were the accepted answers. Please be aware anything not mentioned was either not submitted or not an accepted answer. You only needed one, and they are not case sensitive.

Picture one: Located near the bottom left

Picture two: Found on the right of the Mine, as part of the ice sculpture

Picture three: Located on the top left on the blue wall, near where the newspaper is

Picture four: Located by the corner of the stage on the bottom left

Picture five: Found on the painting on the wall on the right

These were the answers which I judged to be specific enough in answering, so therefore, no other answers were accepted.

I manually checked each entry, and I’d like to thank you all for entering! There were 53 entrants, and two cheaters were found who entered multiple times. They were removed from the giveaway and will be banned from future ones.

So, without further ado, it’s time for the winner! This list was compiled based on the entries, and then this list was placed into the Fruit Machine randomiser on ClassTools. It declared that Gugu Sly was the winner!

Note: List will expire in two weeks as of writing. 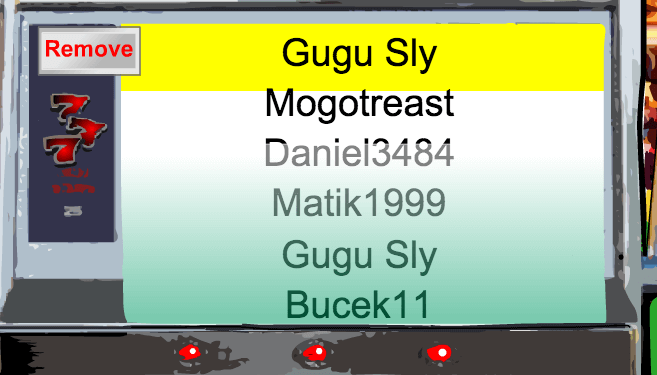 Congratulations to Gugu Sly! I have sent you an email and we’ll work from there to send the prize. Please note that if no response is heard within three days, a new winner will be selected.

Thank you all for entering, and I’m sorry if you didn’t win! I will try to do another giveaway in the future though. Waddle on!