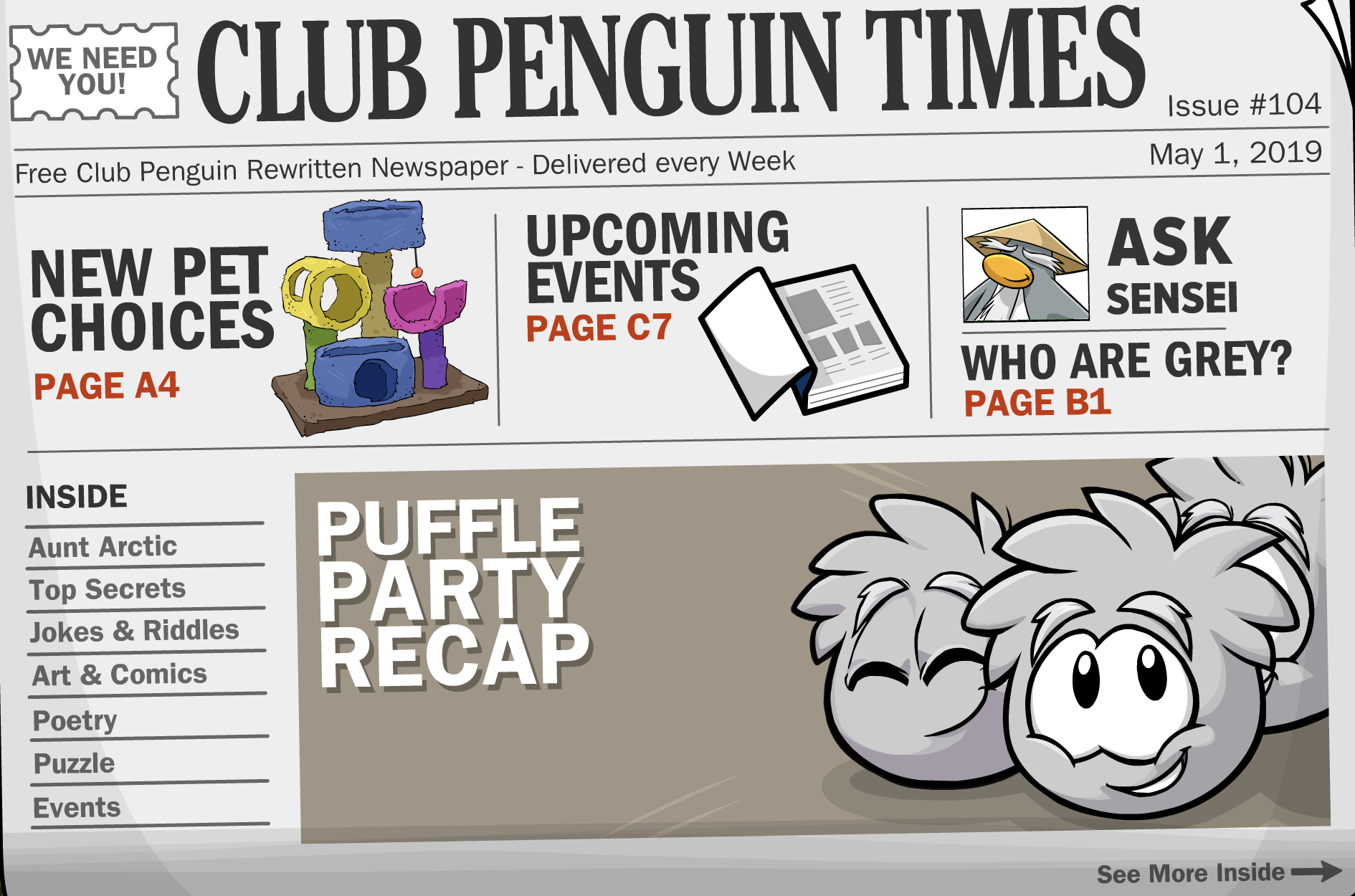 A new edition of the Club Penguin Rewritten Times has been released, recapping some of the Puffle Party, featuring a lot on Sensei and revealing some more information!

For the best experience, I would recommend reading the paper for yourself online, but as always, I will try and summarise the news revealed.

Also, Sensei owns a puffle called Sage. Who knew?! Thank you for reading, waddle on!