Smoothie Smash was the iconic mini-game in which penguins bounced on a conveyer belt in order to squash fruit and make smoothies for other penguins and mascots.

Many penguins were curious if this would be coming to Club Penguin Rewritten during this party, since this party was heavily associated with the game. The team have now answered this question.

(Releasing Smoothie Smash) was our original process, however, it was a bit too much for such short notice. Maybe sometime soon…

As such, it’s definitely possible that Smoothie Smash could be released in-game sometime in the future! 🍌 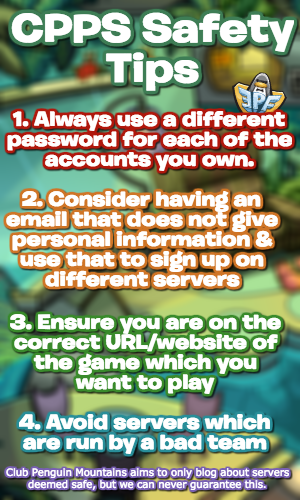