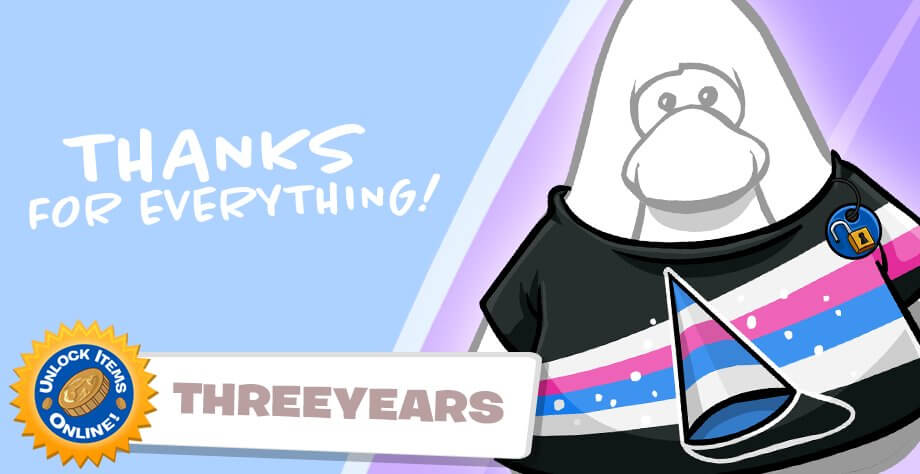 Today is a special day on Club Penguin Rewritten, as it marks three years since the game’s beta ended, and the island officially released! In order to celebrate, the team have released a code of a T-Shirt with the Anniversary colours.

To redeem this code, on the server selection page, click “Unlock Items Online” on the top right, and then “I’ve got a code”. Enter the code THREEYEARS to receive the item!

The code is likely to expire soon, so I’d highly recommend redeeming it whilst you still can – it will probably never return!

You’ll also receive 3000 coins when you redeem the code.

Thank you very much for reading, enjoy the rest of the anniversary!