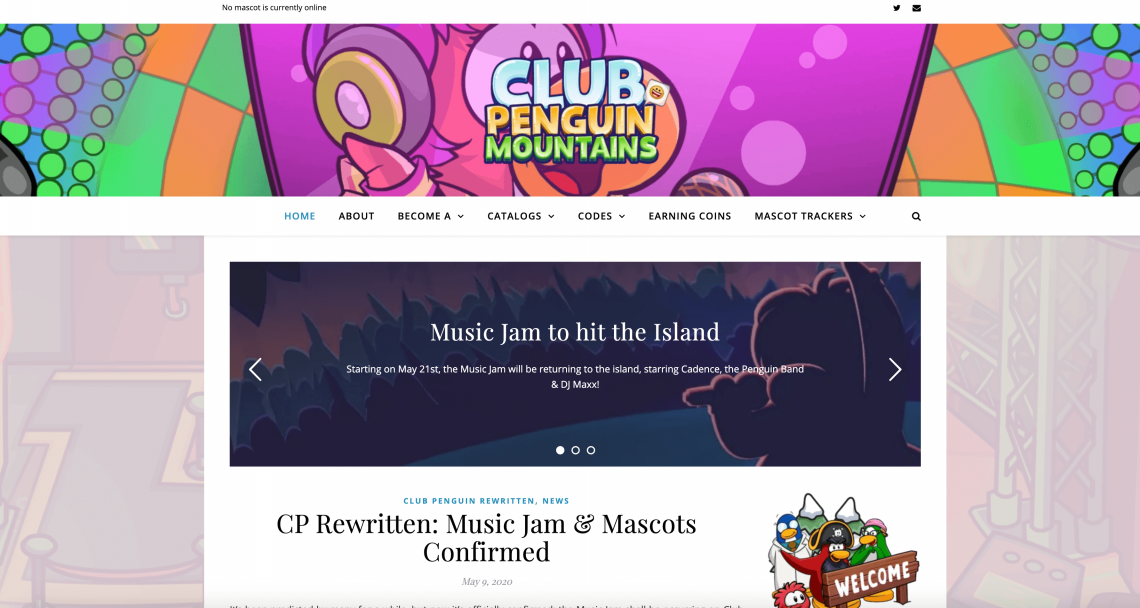 The decision to change themes is one of the most agonising for a blogger. Finding a perfect theme is tricky, and Harmonic, the previous theme, has been a remarkable theme. It’s been used on this blog since January 2017, but it’s time for it to be replaced. I wanted to quickly explain why!

The reasoning is a combination between the desire for change, but primarily that it’s been retired for several years now; for example, it contains a feature called Skrollr that’s hopelessly outdated for modern browsers, and was causing several issues scrolling on mobile. When I first announced the theme switch, mobile support was the primary reason behind it. This is a modern theme that enhances that support.

The new theme is Ashe! Immediately, you’ll probably notice the slider that will be updated regularly so you can immediately see the main news on the island. Distributing information as quickly as possible is the key aim of this change, which is why you’ll also see a message on the top of every page as to whether mascots are online (though it needs refreshing to update). This feature is still in progress though, so may have some issues. A few other changes have been made too, such as with some mascot trackers!

I should note two things. Firstly, this theme is temporary; after two years, whatever happens then, there’ll probably be a switch back to the old theme! Secondly, this shouldn’t be perceived as a reflection of my commitment to the game. Instead, I’m simply just using a new theme as I’m now able to!

Plenty of changes can still be made, and I really hope that you like the new design – if you have any feedback, especially criticisms, please let me know! Thank you!