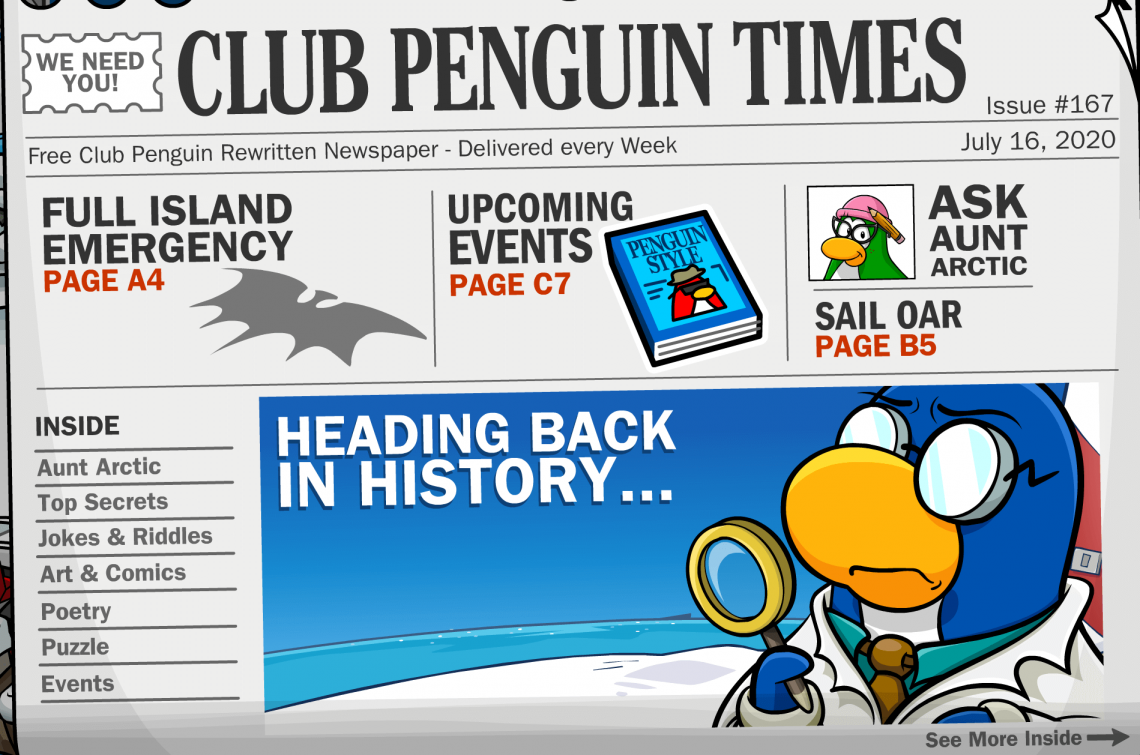 A new edition of the Club Penguin Rewritten Times has been released, providing a bit more information about what to expect at the Medieval Party when it begins on July 23rd! Construction for this event has also begun at locations such as the Town and Beach.

The new edition of the paper informs us that:

Some pretty interesting plot developments have been made in this edition, but we’ll need to see where it all leads to when the Medieval Party begins next week!