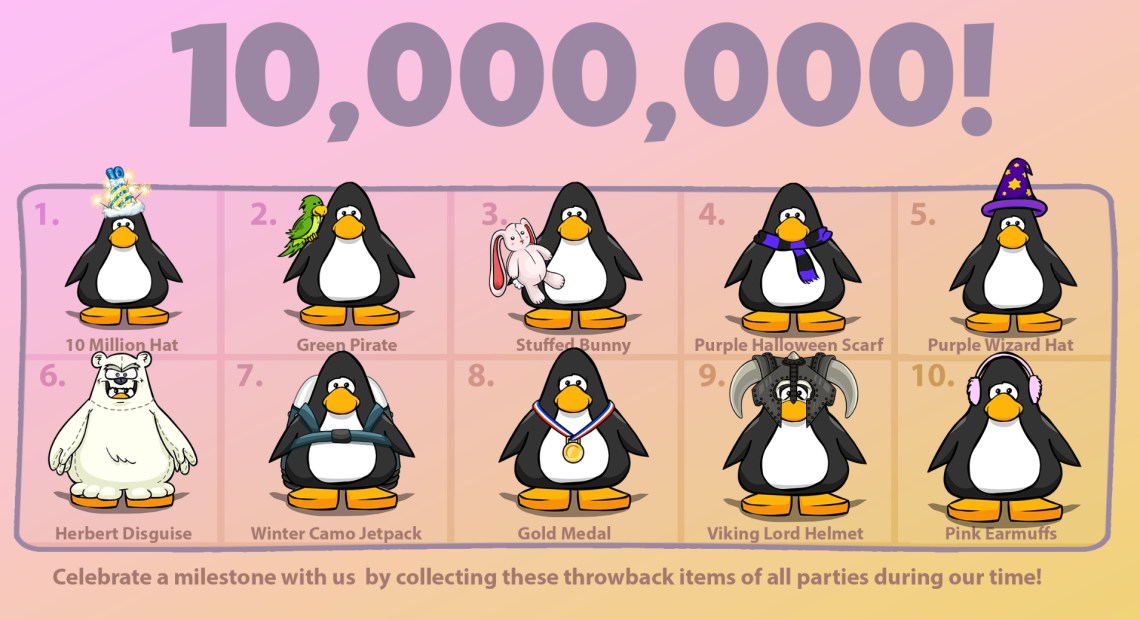 As you may be aware, the Club Penguin Rewritten team will be releasing a range of items as codes to celebrate surpassing ten million registered users. Initially, I’ve been reporting that one hundred items would be released, but it’s actually only ten.

The reason for this discrepancy was that the team themselves initially announced a hundred items would be released, but it turns out that they meant to say ten – apparently, the original announcement was mistaken. As a reminder, you can see all the items which will be available below.

It would’ve been exciting to see ninety more items released, though this definitely feels more plausible. Either way, since the team issued a correction, I felt it was worth updating you as I’ve previously been reporting that a hundred items would be released.