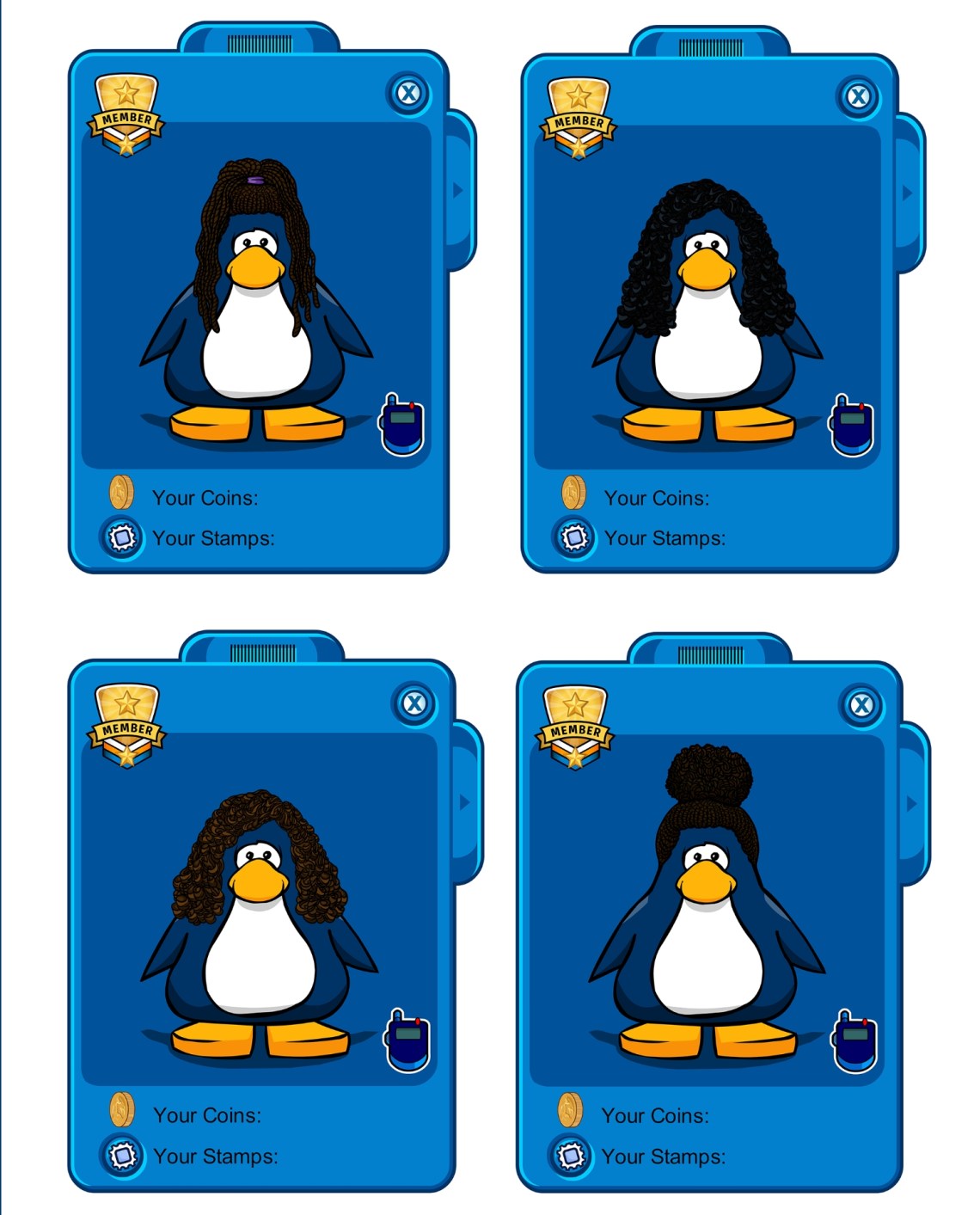 The Club Penguin Rewritten team have released two sneak peeks regarding the upcoming edition of the Penguin Style!

In the first sneak peek, which shows the catalog cover, it’s possible to see some of the items which will be included. These seem to include the Flower Basket and the Pink Duffle Coat. It’s worth noting that the artwork style on this cover is slightly different and older compared to usual, but the team are experimenting with something new to see if its popular.

The second sneak peek shows four different hairstyles which have been created. All of these are custom, meaning they haven’t been seen before, but they attempt to help increase representation within the clothing catalog on the island.

Lastly, the team also revealed they’re planning to add an animation to the Strawberry Basket, which should also be released in this edition. It’s still unknown when the catalog will be released, but these are a lot of details so hopefully it’s almost ready!