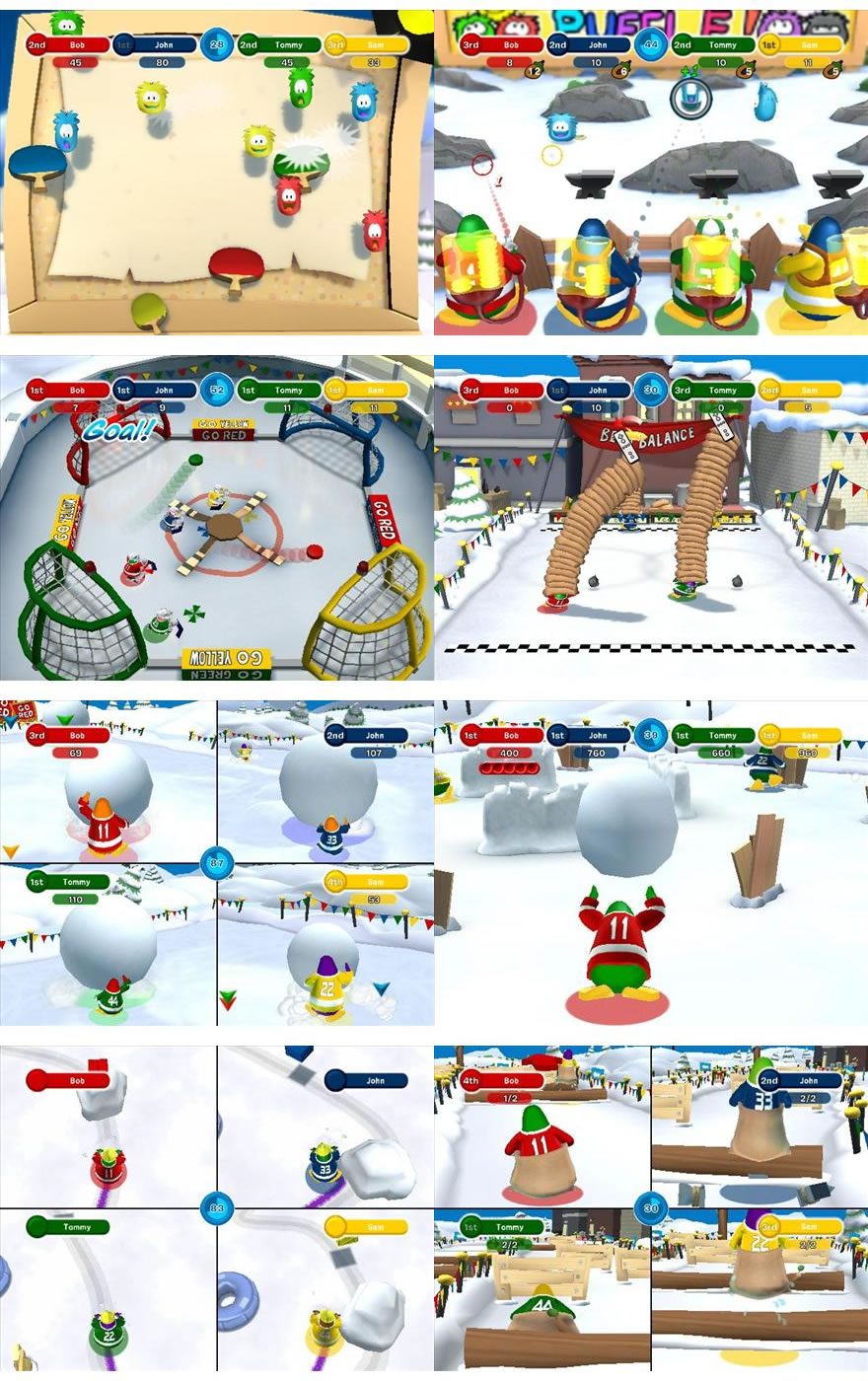 For the first time, the Club Penguin Rewritten team have expressed their interest in converting the mini-games included in the official Nintendo Wii game and transferring them to HTML5 so that they can be enjoyed on the island.

I would like to announce that I recently started working on adaptation plans to bring Club Penguin: Game Day from the Wii and into Club Penguin Rewritten.

Stu told me he was interested in the idea. Since I am a game designer and critic, I felt like it was important to do some careful planning before such an idea is executed in CPR.

It should be stressed that this likely is a long-term ambition, particularly since other mini-games have been prioritised. Although August Renders is investigating the idea, the mini-games would likely need to be developed virtually from scratch.

For those who aren’t aware though, Game Day was the Nintendo Wii game that included a variety of different mini-games. The image below gives a brief idea of many games; some might be familiar to you, like Puffle Paddle or Feed a Puffle, while others were a lot more unique!

I have fond memories of these games, so seeing them added to the island would be amazing. However, this proposal has not been explicitly confirmed yet, and there would be huge challenges with making it happen. I still felt it was worth sharing though, as I know many might be keen on this.