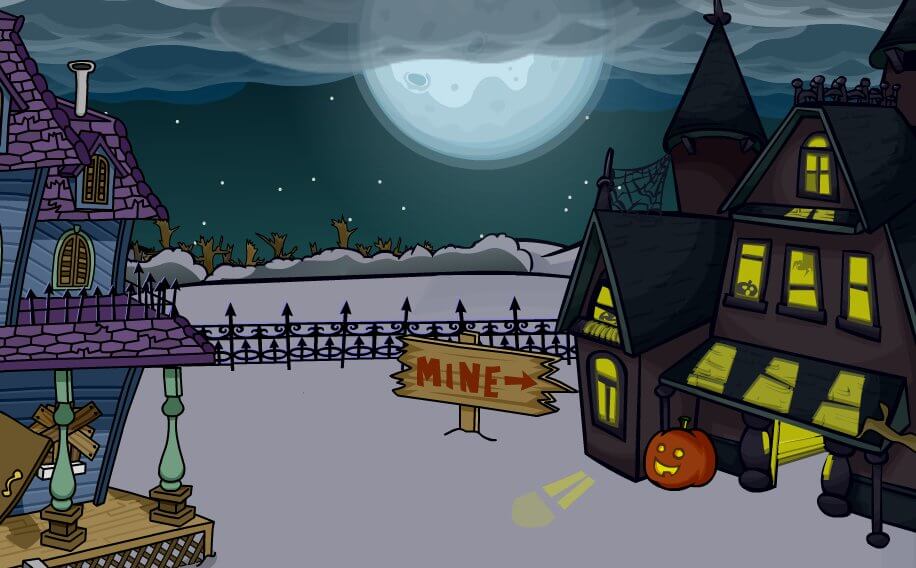 Now that The Fair has ended on Club Penguin Rewritten, preparations are beginning for the Halloween Party due to begin later this month! As part of this, the team have released the first sneak peek of the event, which shows the Mine Shack at the event.

The building on the left likely will be the Haunted House, which probably will be returning once again this year! You can also see the spooky sky which is probably being prepared for the event too.

While all that is still being prepared, you can already find some construction on the island! In several different rooms, there are now some spooky objects, varying from tombs to candy lying around. Several rooms, such as the Dock and the Plaza, appear to have some locked cages, but it’s not known yet what could be planned there!

While not many details are known about the Halloween Party yet, including whether or not there’ll be a storyline, the team did previously state that they would be avoiding custom content at this event. This should mean that it’ll hopefully start earlier in the month compared to last year, but as soon as more details are known, I’ll be sure to let you know!