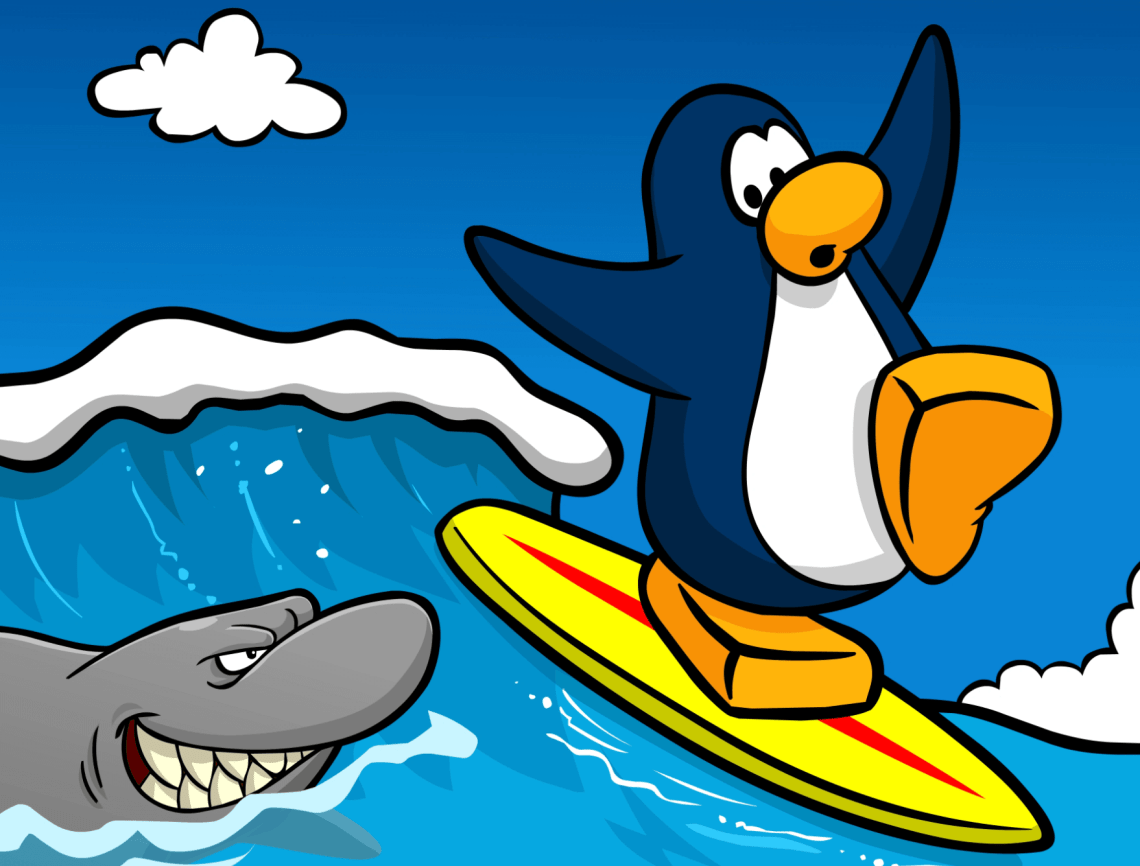 Catchin’ Waves has returned to Club Penguin Rewritten, and it can be found at the Cove! As a brief little reminder, this is the mini-game in which the aim is to surf the seas, performing tricks or avoiding sinking in Survival Mode.

It’s worth noting that the stamps have been added to the game, although it’s not possible to obtain the ones which require a puffle yet, and that the Game Upgrades catalog containing surfboards will be included in the near future. The team are aiming to do that this week, while also releasing a code for some other surfboard items.

If you’d like to give it a go, be sure to head over to the Cove! The return of Sled Racing and Catchin’ Waves in the same month is quite surprising, but it’s great to see the wide range of mini-games slowly return.