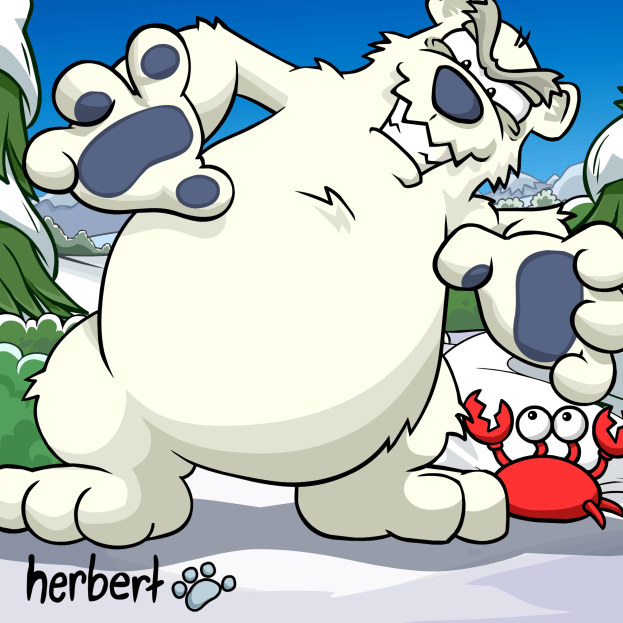 This is just a quick post for those looking forward to meeting Herbert during the Halloween Party, as the Club Penguin Rewritten team have confirmed that he will be offering a new background which hasn’t been available before! The details of this background aren’t known yet, but it’ll likely be themed around the party.

Herbert has only ever had one other background before, which can be seen below. It was previously available at three events: Operation Blackout in 2017, the Waddle on Party in 2018, and the Halloween Party in 2019.

The team also confirmed that there won’t initially be any scheduled meet-up times published for him, as his first visits will be spontaneous and random, but they will be “friendly” to most timezones. However, there should eventually be meet-up times. Given that Herbert is a very elusive mascot to spot though, I’d recommend checking the Herbert Tracker for any spontaneous ones, since the server will likely be very crowded!