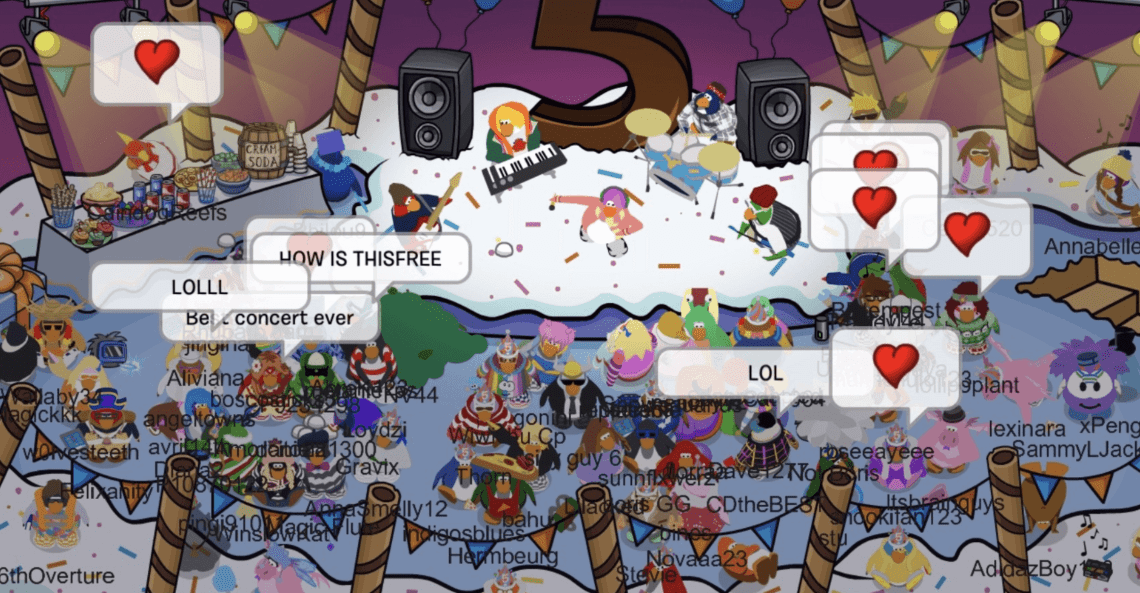 This is just a quick post to let you know that concerts have begun for the 5th Anniversary Party on Club Penguin Rewritten! At the moment, these are occurring randomly on the top of the cake accessible from the Coffee Shop, with only two having taken place so far. There will likely be a schedule with some exact timings on when these will occur released soon.

So far, the concerts have involved lots of different Club Penguin songs being played by Cadence and the Penguin Band! However, unlike at the Music Jam, these concerts have various special effects and lighting changes, which makes the show more enjoyable. It’s also an opportunity to obtain the Penguin Band Awards Giveaway.

In addition to the concerts, mascots have begun visiting the island! Both Rookie and Aunt Arctic visited the island yesterday, with Gary and Cadence also confirmed to visit at some point for the 5th Anniversary Party. It’s not known how many visits each mascot will make or if there’ll be a schedule at this point, but there’s definitely more going to occur soon, so keep your eyes peeled to the Mascot Trackers for the best chance of meeting one!