On Saturday, it’ll be my birthday! Hooray! So, I considered a couple of options to do something special with this site and I thought that my birthday is a great time to reflect how Club Penguin has really changed my life. It is a game which was, and still is, a large part of my childhood. So for roughly three or four posts, I’m going to go into detail into a few of my favourite things in Club Penguin and so on. Today I’m going to be discussing how I actually started Club Penguin, a game that would contribute to my future massively.

Surprisingly, it’s not how you would expect it to be. I didn’t just go onto Google for a couple of days and then stumble across Club Penguin which at the time, was a big game and it still is. Not many people know this but I actually came across it because of the DS games. Let me tell you a bit about my DS. The DS is a console created by Nintendo and at the time I had a Nintendo DSi XL although I now have a Nintendo 2DS. The DSi was released BEFORE the first ever iPad and at the time, it was the big thing for portable consoles and gaming. Don’t worry, I’m not going to get sidetracked by the DS or video games.

So, over five years ago, I got the Club Penguin Nintendo DS game. It was a present from my grandmother but I forgot why I got it. At the time, I had no idea about Club Penguin as a virtual world. All I knew and thought was that it was just a DS game. I still have the game to date. This was the game, that would change my life forever. 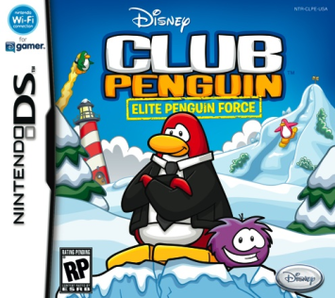 I probably really enjoyed this game that one day, I was sitting at the same computer I use to type this post with. I just decided to Google (maybe, I don’t remember what search browser I used back then) Club Penguin. Perhaps it was to find a walkthrough for the DS game as it consisted of missions which you would have to complete. Either way, you guessed what the top result was when you searched “Club Penguin”. I had just uncovered clubpenguin.com, and signing up all started with this very image. 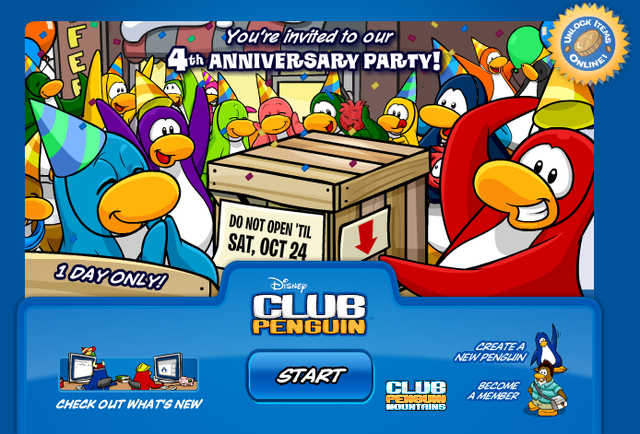 That is correct. I signed up on Club Penguin’s birthday, the 24th of October. This game looked so cool, so amazing, I couldn’t resist the urge to become a penguin. And so it happened. Torres 126 was born. Why that name, you may ask? Well, at the time, Fernando Torres was a player I liked so I tried to name my penguin “Torres”. Obviously that was taken and it was recommended that I choose a different name and the option of Torres 126 was given to me. I took it. Eventually I got banned, but we will cover that in another post.

When you joint Club Penguin in the “olden days” of the game, you loved it. Immediately I started loving the game and I started playing mini-games. I remember that I loved Card-Jitsu in particular and I wanted new cards. Back in those times, cards could not be bought with virtual money. You had to go to a store and buy it with real money. There were numerous series of these and in the end, I started collecting them. Perhaps I will share some of my collection in a later Merchandise Memorial post.

So I went to my local ToysRUs and back then, pretty much an aisle was dedicated to Club Penguin. I picked up a Card Jitsu tin but I also picked up a membership card. Best decision made yet. The membership was something that really made Club Penguin a whole lot better for me, as you would expect. In particular, I wanted this one item which was a member’s only item. I still remember getting it. This was, my first ever membership item for the world of Club Penguin (I think. It was certainly a puffle jacket of some kind).

Slowly and slowly I started playing the game more and more, unlocking more stamps, adding new friends and a lot more. This was the start of my account. On Saturday I’ll be going to post a detailed post on my most memorable and favourite Club Penguin events. I hope you enjoy this series, even though it is only one week. Until then…