Many weeks ago, I promised that I would give a Treasure Book Code away once we hit 30 thousand views. As such, I have randomly chosen a winner from everyone who’s entered. However, I would first like to explain two rules. I know this might sound weird since the giveaway is over but this is an issue that needs to be addressed.

I am aware that the contest has been running for over a month now. As such, some people have entered multiple times. I have decided that you will be forgiven if you used the EXACT SAME details on both times. Multiple entries will be deleted however if you used different details, you will be disqualified.

The second thing is that I want to ensure the prize goes to an active Club Penguin Mountains reader. To ensure this, I request the winner to contact me using the same contact details which they entered. I can be emailed at “contact@clubpenguinmountains.com” or @CPMountains. You have 72 hours to do this within the contest results being published. If you don’t, another winner will be chosen. Without further ado, it’s time to select the winner of the Treasure Book contest! 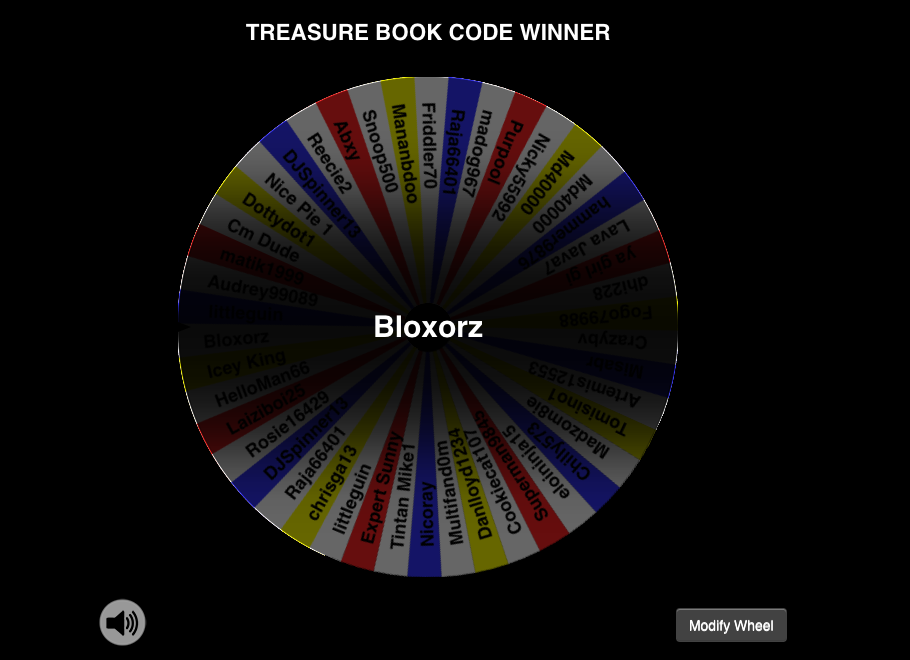 It is at this moment in time where I would probably congratulate Bloxorz for winning. Instead, I’m not. According to WordPress.com, Bloxorz cheated in this contest by entering multiple times with different identities. I am disappointed that someone would do this. I paid for this code and I don’t want it stolen by people who make the contest unfair. That is why Bloxorz is now permanently banned from all giveaways and graphics on Club Penguin Mountains. Let’s spin the wheel again! 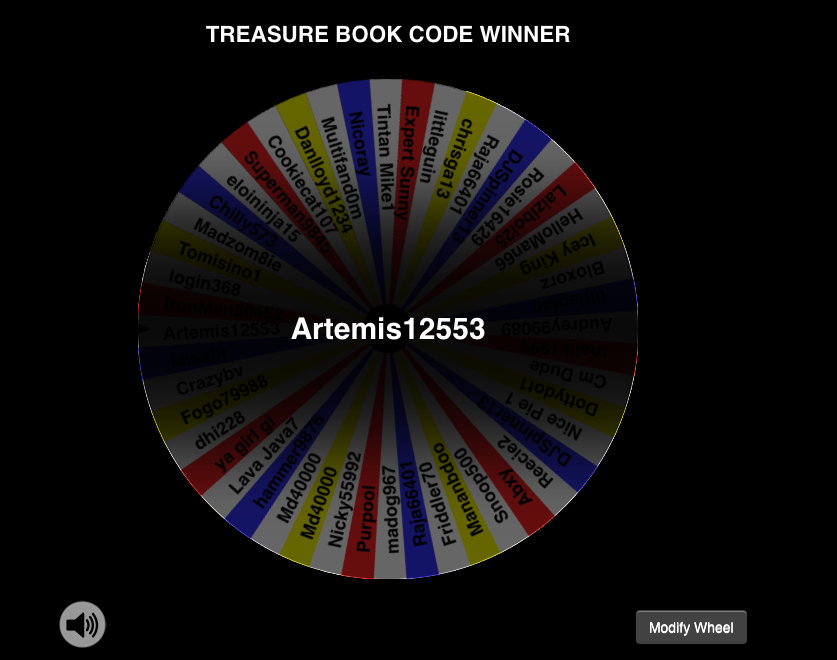 Congratulations Artemis12553! You are not a cheat and you have been randomly selected to get a Treasure Book Code! Please contact me, in your case, email me, by Wednesday otherwise your code will be given to someone else.

On a completely separate note, I’d like to give everyone a big thank you for reading CLub Penguin Mountain’s content thirty thousand times! This is a massive milestone to me. I will be making, sort of a discussion, not really, about this. It’s hard to explain, but you’ll see what I’m talking about now. And remember, if you did not win a code, that’s not the end of the world. There’ll be tons more Card-Jitsu giveaways and a few more Treasure Book code giveaways in the near future.