Can the Iceberg be tipped? Well I think yes because there are so many clues that the Iceberg CAN be tipped. So the first picture/GIF will show you that people tried to tip the Iceberg on the Club Penguin mobile app. Is that not cool? I think it is. It would be mega cool if it did tip on the mobile app.

In a PSA mission Spy & Seek he is talking to Klutzy that he tipped the Iceberg and it was easy for him. Why is it hard for penguins? Check  the picture below. 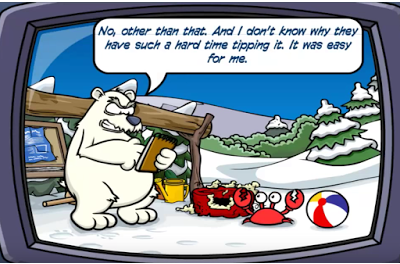 Well that is pretty cool. Maybe you need a certain colour to tip the Iceberg.

As shown below somebody named @DesktopCP on twitter asked @RocketSnail, “Is it possible to tip the iceberg? If so, how? If it is not, did you ever plan for such a feature? Lets see the picture when @DesktopCP asks the question. Sadly, Rocket can not tell us the secret but its okay. We can figure it out ourselves. 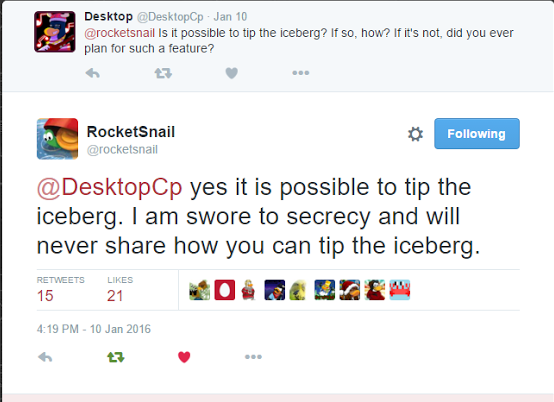 So in the attic there is a photo where it shows the Iceberg is tipped. That photo was first seen in the Halloween party. That is pretty cool. I think Club Penguin will leave us more clues and more then we will find out how to tip the Iceberg. 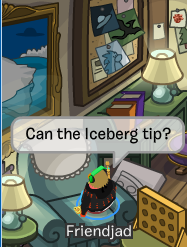 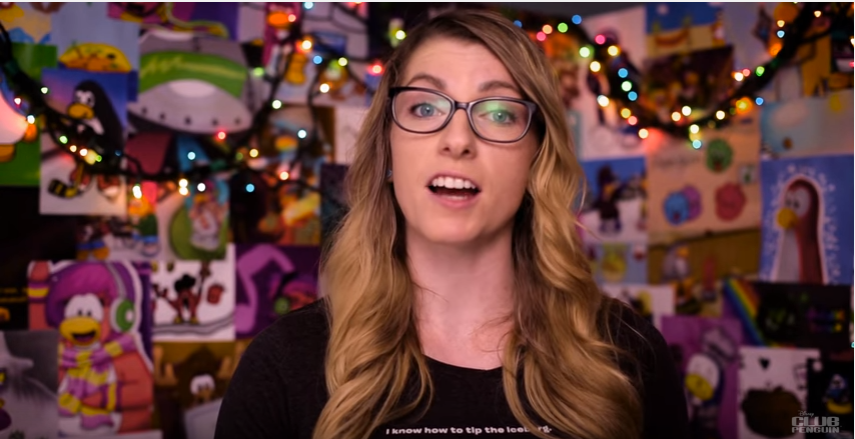 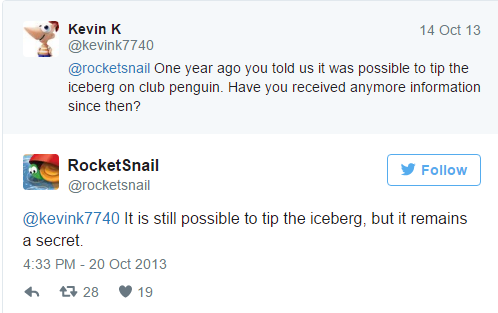 That is what I have for today. I hope you enjoyed reading the discussion. If there is something I missed comment below and I will sure to update the post. Until next time waddle on!