There has been so much controversy over the beta testing of Club Penguin Island and now I think the team are just messing with us and laughing at us. Over a week ago, I made a post confirming that once the closed beta ends, the beta-testers will have to start from scratch when the game officially launches.

Yeah, I think you get where this is going. Club Penguin Island have broken yet another promise. This email shared by beta-tester Bloxorz kind of explains it all. 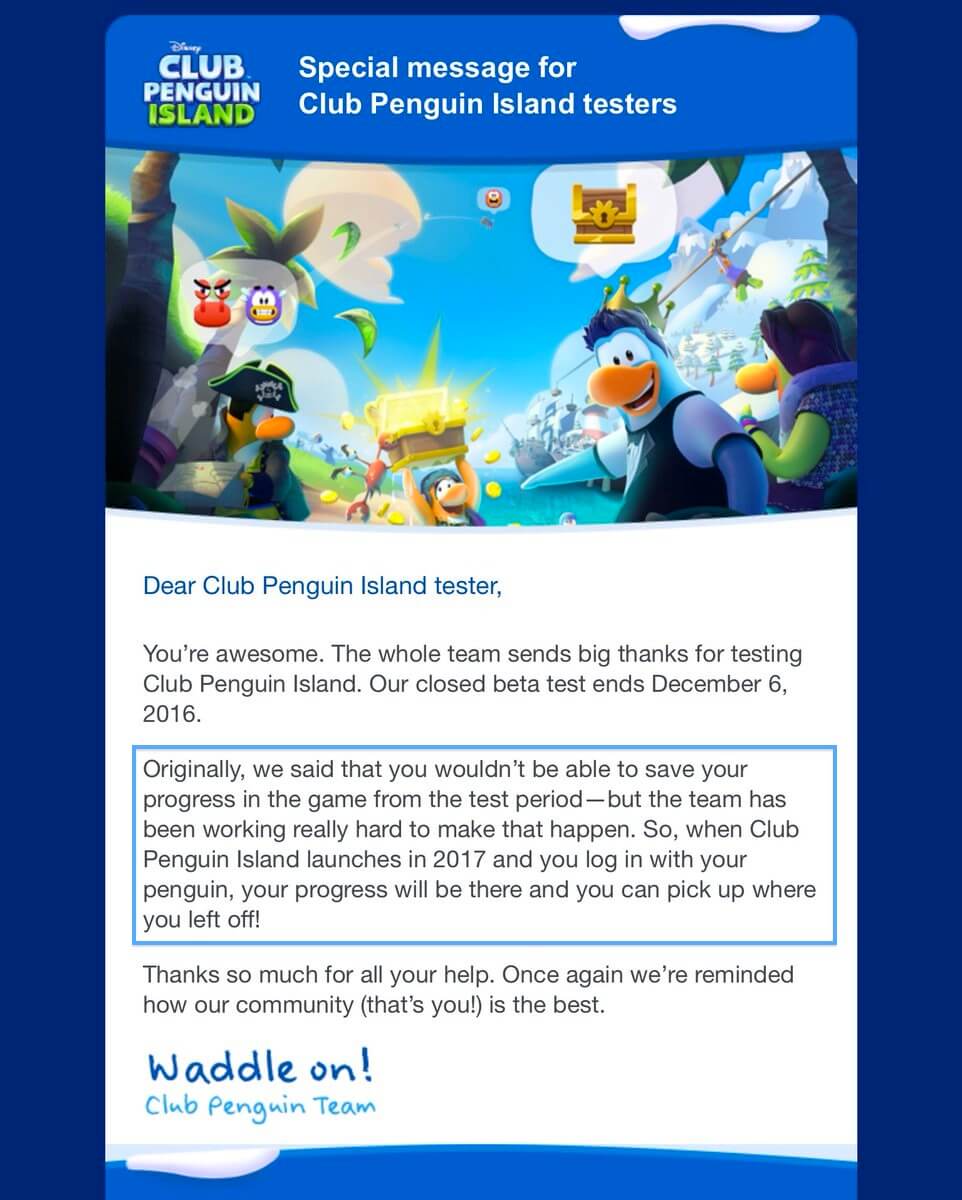 “Originally, we said that you wouldn’t be able to save your progress in the game from the test period – but the team has been working really hard to make that happen. So, when Club Penguin Island launches in 2017 and you log in with your penguin, your progress will be there and you can pick up where you left off!”

Where do I begin with this. Club Penguin Island beta testing has already been a disaster – those who really care about the game can’t play it. Everything was better though when it became clear that they won’t be at an advantage when the game launches but now it turns out they will be? Am I the only one getting mad at this right now? Anyone would love to be in their position and when Club Penguin launched, anyone interested could be a beta-tester.

tbh, i dont care anymore, i was exited for it but after all what happened? no thanks. Disney is ruining it.

It's a thank you to you, but a screw you to everyone else.

Wow. I haven't seen members of the community fighting like this for a while. @clubpenguin WHY DID YOU LET THEM KEEP THEIR STUFF!?

Countless penguins have expressed their anger, disappointment and frustration at this situation

The fact is, beta-testers were meant to beta test the game. They were meant to provide feedback and help make the game better. Now it turns out that it wasn’t testing the game, they were playing the game? I don’t even know but I can say this for certain. This beta was horrible and Disney have messed up. Let me know your thoughts on this.

Once again, thanks to Bloxorz for the image provided.