Last night saw the release of version 1.1.1 of Club Penguin Island which caused so much hype in the community! The most notable change is the addition of the Disney Shop but there is so much more which players have noticed. Today I’m going to share everything new in the app!

I’d like to give a HUGE thanks to Dj Stores/Foodtrekker who supplied me with every screenshot you see in this post! You can pre-register your interest for something awesome he’s working on here!

This was the change that Club Penguin featured on the What’s New area of the updated app. The Disney Shop is now open and it’s AMAZING! Currently you can purchase outfits from the following series but more have already been confirmed to come in the future:

Here are the things which you can buy for a pretty cheap price! They vary from costumes to fabrics to even party supplies!

These are absolutely amazing! I love the outfits and the fact they’ve included party supplies too is just incredible! There’s also new actions when you use these supplies.

Here’s an example of a person eating from the “Pizza Planet Box” from Toy Story and the “Pawpsicle” from Zootopia!

Members can buy all of these new items at the Disney Store, and there’s more coming! These look really cool and I, like many, am so glad to see them in the game!

The next big change! You can now play the game in other languages like French and Portuguese! Woo hoo! 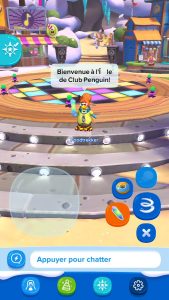 In your settings tab, you can now get more detailed information on your membership, which is awesome since previously you only knew what Google/Apple told you. 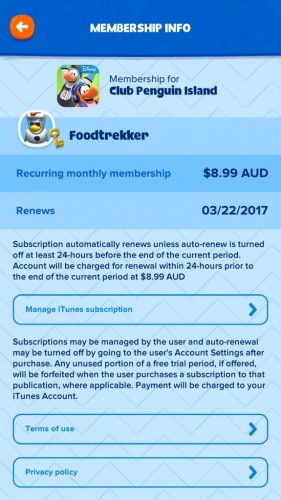 This is likely to be helpful to those paying for the membership to clear up any confusion that previously took place.

As we near worldwide release, more worlds have been added for us to play on! 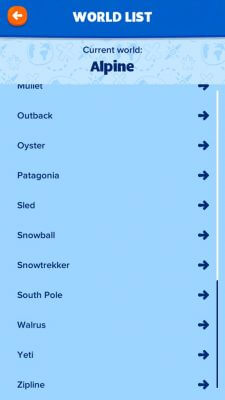 This isn’t anything too big at the moment since not even the current worlds are near full yet, but I’m sure this will be a useful addition when the game is out worldwide.

The most notable change to the Friends List is that there is now a hard limit of 200. This is not surprising and completely understandable as the list apparently became buggy after surpassing 200 friends. The team has said:

“It’s something we’re working on to make the app run as smooth as possible.” 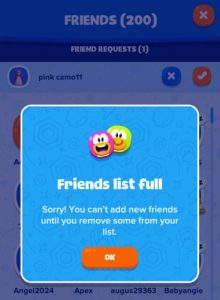 One thing that is not certain is what happens to those with over 200 friends. Think of staff members who have exceeded this number. Pen50gi shared that SheepVSGravity (a developer) has confirmed that they can’t exceed the 200 friends limit so then what happens? 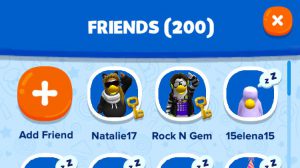 There’s also a small little action for online friends which you can see above. This has been changed from what it previously was. 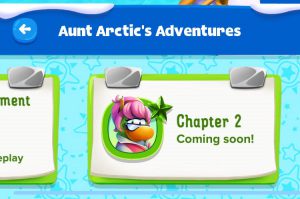 The second chapter of Aunt Arctic’s Adventures has now been hinted in the game. Although it says “Coming Soon”, we know they’ll be out in April. This is so exciting because it also gives you an opportunity to earn a higher level, and we can assume familiar faces will be appearing there too!

Regions part of the “selected territories” that aren’t technically part of the geo-beta no longer need to use a VPN!

Foodtrekker has kindly informed me that there is also new music in the game! These are:

Along with these soundtracks, there’s also new music for the band in Coconut Cove, a new sound track when on the trampoline and many others!

At the top right of your screen when you first open up the game is a button that plays a short ad for the game. MikeyMichael kindly allowed me to share his video of it (thanks!).

Interestingly enough, member features have been removed from it.

As with most updates, bugs have been squashed. I heard on social media from GeekJose that the going underground glitch has been patched but I am not 100% sure this is the case.

Also, the copyright has been updated from 2016 to 2017. This isn’t really a bug but more a minor change: the font of the Daily Challenge’s “claim” button has also changed.

That’s all for this update and in comparison to what’s coming (igloos, new areas, puffles, new adventures and so much more) this is a pretty small update, yet social media was so hyped when it was announced!

If we are so hyped about this, imagine these huge updates in the future! I honestly can’t wait! This is a great foot in the right direction for Club Penguin Island!

I hope you liked this post and once again, a massive thanks to Dj Stores for the screenshots in this post!