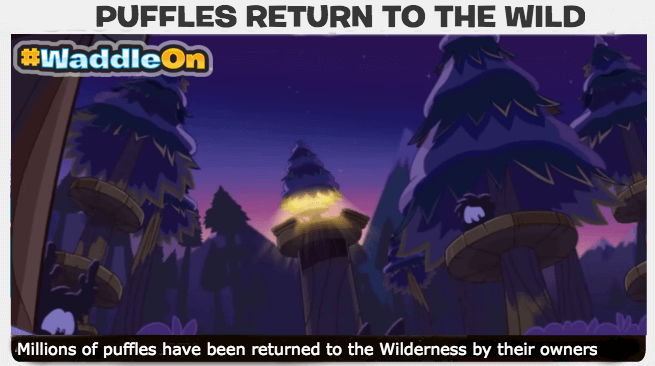 This is a special Club Penguin closing edition…a world that has lasted over 11 years, closing in just a matter of hours. The end is near, but I can’t thank the team enough for what they have done for us. Read more here.

As we approach the end (there are 16 hours left at the time of writing), I’m beginning to realise just how much the small things matter, puffles. These cuddly cute creatures have been around for ages and will eventually be back on CP Island.

Puffles are probably going to be the thing I miss the most. However, owners want them to have a good life. I, like many, will be releasing mine to the wild and intend to call Club Penguin as soon as this is published.

Let’s take a moment to realise how fortunate we’ve been to have a sidekick waddling next to us all the time. To think that those pets, who to many of us are more than just coloured pixels, won’t be waddling next to us for a while. And that’s sad. Waddle on, puffles, waddle on. 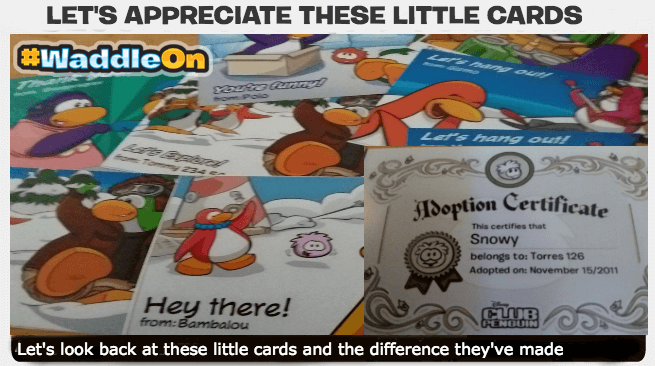 “POSTCARD ME” is usually what is said at every mod meet-up. But today our postcards will be gone forever. I have printed mine out along with my puffle adoption certificate for free thanks to an app called FreePrints, which you may wan to check out with your parents if you are in the United Kingdom.

But these are the small things that were kind of irrelevant compared to things like puffles. Now I’m beginning to miss them already. Just a friendly reminder, please screenshot all your postcards and puffle certificates. The end is near. 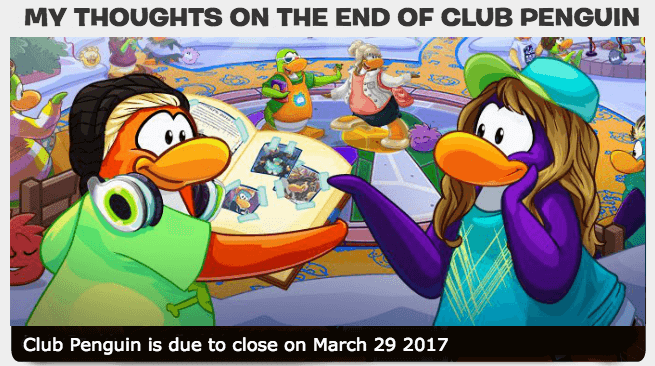 I wrote this a month and a day ago. I’ve not released it until now. Before reading this, don’t get me wrong, I completely believe that Club Penguin Island is the correct route to go down. The game has been dropping in success and popularity and it needed a reboot, something to bring it back to life…the thing is, did it really need to be this way?

The end of Club Penguin was something which I briefly covered but it took a more positive yet not so honest approach, suggesting that I was completely fine with the game closing. If I could narrow it down to one word it would be frustration.

It frustrates me how the decision to close classic Club Penguin has been dealt with. I completely get that Flash is getting old but that appears to be the only reason which the team have let slip on why the game is closing.

It frustrates me how the team went down the path of #ProjectSuperSecret in 2014/2015 and completely abused the classic game. 2013 was such a great (in my opinion, the best) year for Club Penguin yet this one decision to focus on Project Super Secret and use it as an excuse to blame the shortcomings of the team in previous years.

Classic Club Penguin could have continued to be extremely successful up to now. The only way CP Island will even possibly become big is to listen to the community. I have faith in the new game but I feel like it is a completely unnecessary to make such an extreme decision that will either restore the success of Club Penguin (which was abused) or finish the franchise. I completely appreciate the team continuing the franchise, but it is concerning when you just compare CP and CPI.

Of course I’m going to write strongly about this and possibly “bash” the game – no-one is happy to see the game we all know and love go. These are just some more short but more negative thoughts. I strongly support CPI and I will fulfil the team’s wishes of playing that.

I now am going to go and spend my last few hours on Club Penguin and you can follow along with a post which I will be releasing soon.