Blizzard Mountain, which is likely to officially be called Mt. Blizzard has just been accessed by a moderator in the 1.2 version, which is weird since the area is planned to come in the 1.3 version.

Here is her playercard captured at the moment she was believed to be in this new area:

Note how although it says she is offline, the button next to it is green. We also have reason to believe that if someone is in an unreleased area, they’ll appear online on your buddy list but it’ll still say they’re offline. Unfortunately I can’t show such proof as my request is pending.

The playercard is weird enough, but here’s proof she was at Mt. Blizzard. This screenshot is taken from the extremely reliable tracker created by MikeyMichael on the Club Penguin Island Discord. 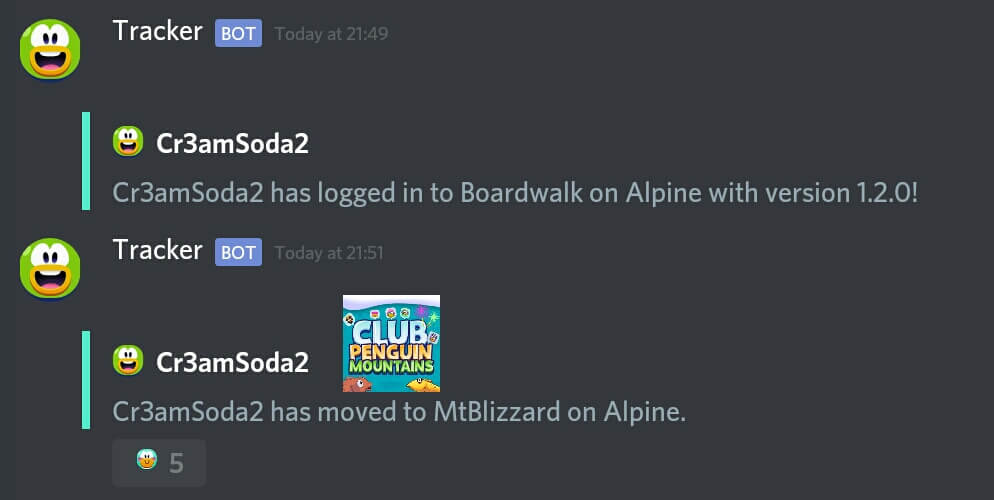 Does this mean that Mount Blizzard will be around when the new update comes on Wednesday? Almost certainly not. That’s currently planned for May.

This does, however, suggest to me that the new area has almost, if not, has been completed. The reason I shared this though was for you to make your own conclusions. We’ve seen the evidence, what do you think it means?