A brand new Club Penguin Times edition has been released and it has a ton of exciting stuff in it, including hints at Card Jitsu, updates coming soon, a brand new game mode and more!

I would suggest reading the newspaper for yourself online but as always, I will be summarising the most important details of the paper below! 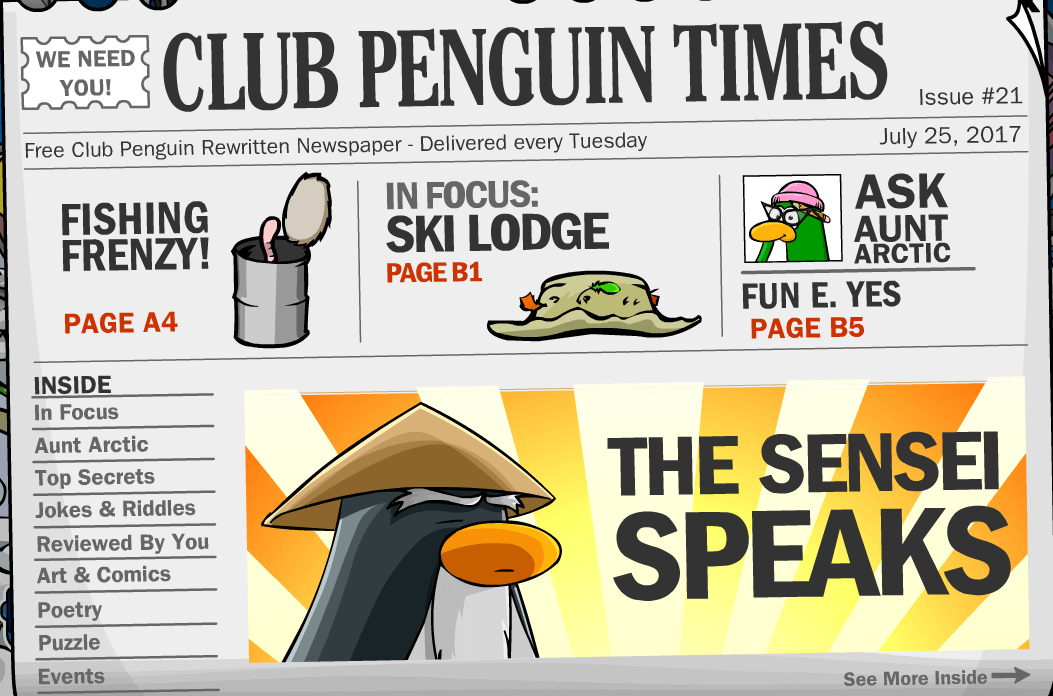 Here’s the most interesting and exciting things revealed: