The 27th edition of the Club Penguin Rewritten Times has been uploaded, containing information on the Wilderness Expedition, Catchin’ Waves and some future things coming to the island next week!

I would reccommend reading the paper online for the best experience as there is some cool fan-content in there, but as always, I will try to summarise it! 🙂 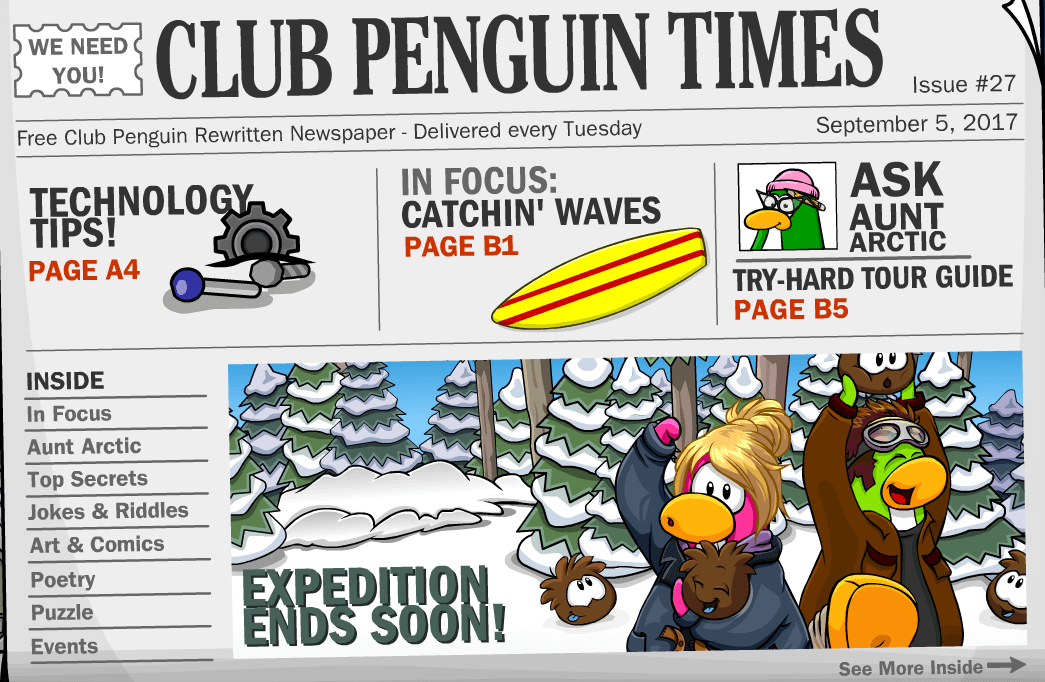 Please note that as part of this update, many bugs have been fixed, including all the issues with the Wilderness Expedition such as the stamps! Lots of information has also been revealed:

Although the catalog has been delayed, the team did release another sneak peek and confirmed it would be coming today!

It's coming out today, sorry for the delay, again! Here's the cover for sneak peek purposes 😆 ^S pic.twitter.com/1Z6yPiCUQn