Although the previous issue of the Club Penguin Rewritten Times has been cancelled, a new edition has been published, containing details on the Fair, future event information, tips, fan-art and more!

I would highly reccommend you read the paper online for the best experience but as always, I will try and summarise the information inside this edition! 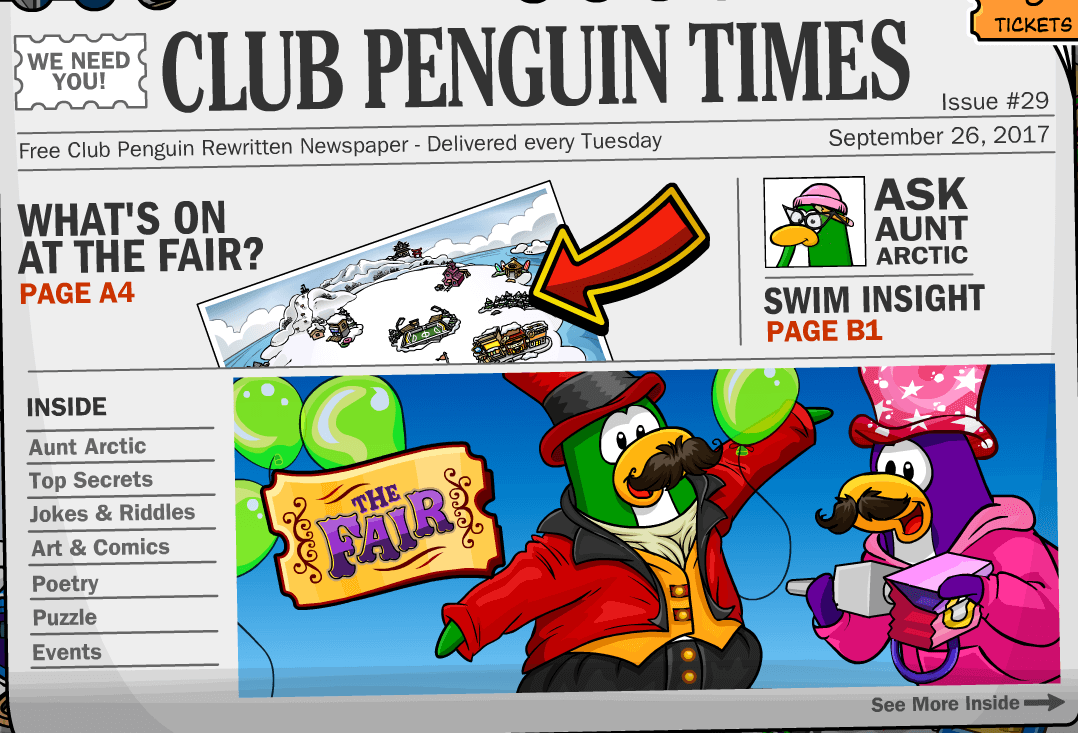 Here’s some of the things revealed inside this week’s edition:

Inside the paper, there is also information on activities at the Fair, but you can read a more detailed guide on that here. I’m also very curious to know what these new stamps might be! Maybe Treasure Hunt will be returning? Be sure to check back for more of the latest news and guides, thank you for reading!