A brand new edition of the Club Penguin Times has been released, containing a lot of information about Coins for Change, a new “Dig out the Island” event, upcoming catalogs and more!

For the best experience, I would suggest reading the paper online but I will share with you most of the very exciting news mentioned in the paper! 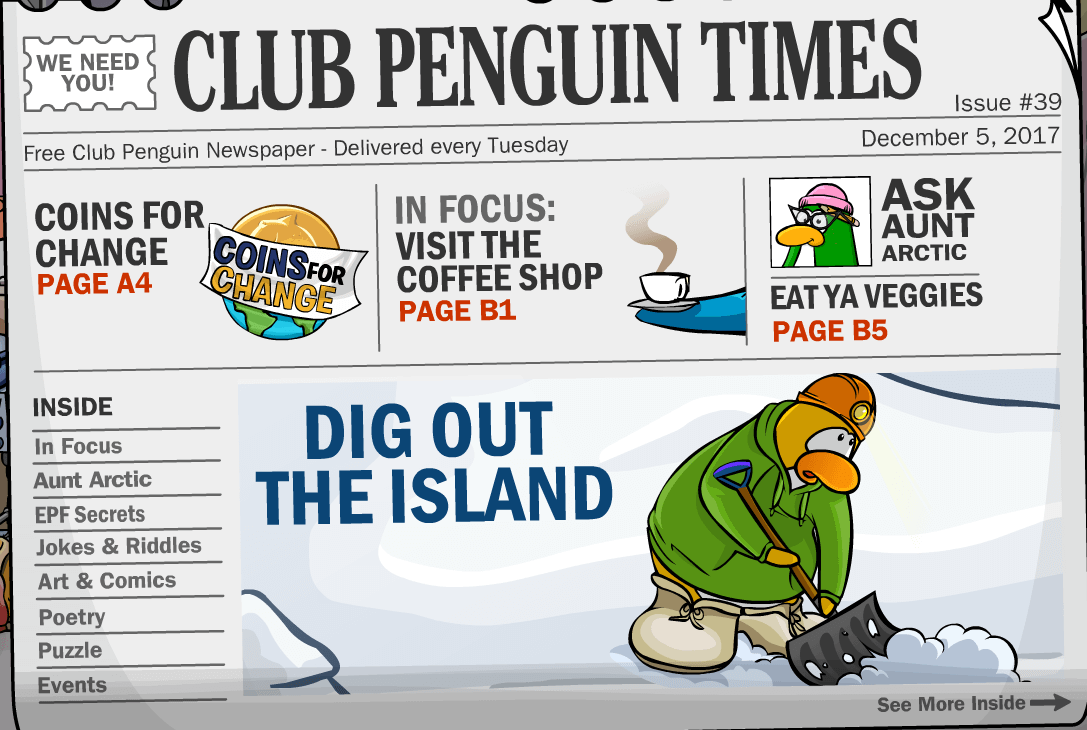 Here are some of the updates coming tomorrow, December 6th. Please be aware there is no exact time for when the new content is released!

However, there also was a lot of information about things coming even later in the month, which are super exciting!

It’s true! Coins for Change, despite Rewritten being non-profit, will take place! Some of the money made via adverts will be donated to real life charities, which is amazing!

I can’t wait for the updates this month, thank you very much for reading! Be sure to check back for more of the latest news and guides!