UPDATE: This theory has been confirmed false. I apologise!

DOUBLE UPDATE: THIS THEORY IS STILL POSSIBLE AS CHRISTMAS HAS PASSED. Also, the surprise is not a mascot.

It’s rare for me to publish theories on upcoming content unless there’s either leaks or I’m extremely confident that my theory is correct, and this is something which I strongly believe is going to happen. Card Jitsu might be coming as a Club Penguin Rewritten Christmas gift!

Firstly, I’d like to emphasise this is a theory. No official date has been revealed by the team, and it is entirely possible that the events in this post might not end up happening at all.

Firstly, an administrator, Codey, revealed that there was a “special present” for us on Christmas.

Hagrid, another administrator, changed his name to “Grasshopper”, which is something that is related to Card Jitsu as Sensei calls you that name. He also used the tongue emote when people were discussing Sensei, which suggests to me that something related is planned that we don’t know about. 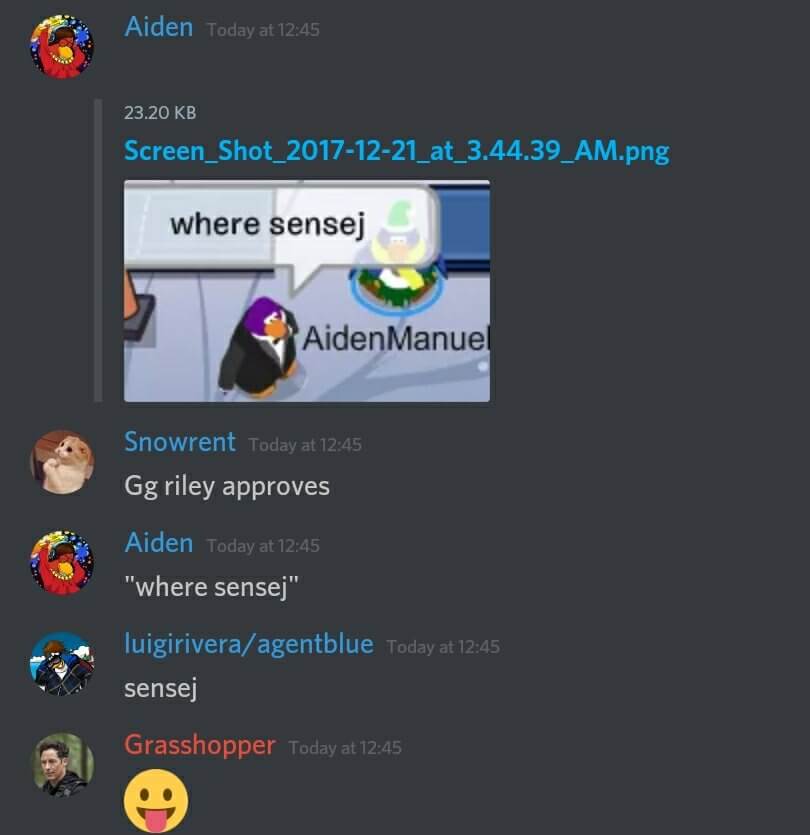 For the first time, another administrator, Joee, randomly asked “Sensei when”. He also announced that there were “big plans” for New Year’s. All three administrators have said something curiously exciting today.

It is possible that the administrators saying/doing all of this on the same day could all be a huge coincidence, but I find that too unlikely. This leads me to form the theory that Card Jitsu will be returning on Monday!

Please do remember that this is not confirmed, I am not certain if this will be happening. If it doesn’t happen, please be aware that isn’t the fault of the CPR staff as they never confirmed anything either. I cannot stress enough that this post is a theory and is not confirmed. However, if it is true, that’ll be such an amazing Christmas gift!

Thank you very much for reading, be sure to check back for more of the latest news and guides! Waddle on!