A new Cart Surfer redesign will be coming soon, exclusive to Club Penguin Rewritten! The new redesign makes the game seem more like in the Caves, with some really cool lighting effects!

Stu uploaded a video titled “New Rails to Surf” featuring the new redesign of the game, which can be seen from thirteen seconds and onwards.

In case you cannot see the video, the image below is a screenshot of how the new redesign will look like. I really like it, and it looks super fresh! 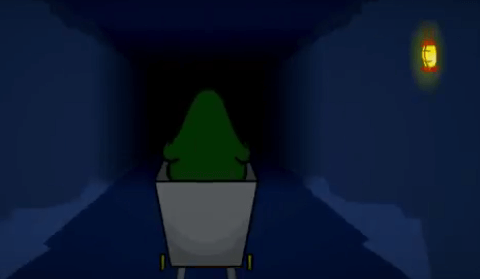 Last time, Ice Fishing received a custom redesign, however there was also a purple “Insanity Stamp”. For this reason, I am extremely confident that there will be at least one new stamp, however we do have some details on this.

Joee has confirmed that the stamp(s) will not be luck based, meaning we will need to try and complete something to earn it. Whilst a stamp is not confirmed, this message to me makes it seem extremely likely that a stamp(s) are coming.

Whilst a date is not confirmed, my guess would be the 24th of January, as Joee has already revealed that there is some “cool stuff” coming next week yet did not reveal the details and usually, large updates are on a Wednesday.

I’m really excited to play the game and earn the new stamp! Make sure to maximise the use of “X2” bonus whilst you can, incase this stamp turns out to be “Insanity” difficulty. Thank you very much for reading!