Some small pieces of news regarding the Elite Penguin Force and Penguin Secret Agency has been revealed by stu!

Firstly, there are plans for these two agencies on Club Penguin Rewritten, but we’re not quite sure on the specifics yet.

After Operation Blackout ended, there was significant damage to the EPF and PSA headquarters caused by Herbert. This is still visible, however there will soon be some news about the rebuilding of it.

Fortunately, it seems like it won’t take two years, which is how long it took on classic Club Penguin!

Finally, and most excitingly, Field-ops (small EPF missions) might make their return, which is super incredible to me as it’s the thing which I’ve been hoping for the most recently.

The last Field-op was in July, but hopefully we’ll have monthly (or maybe even weekly) missions again soon! 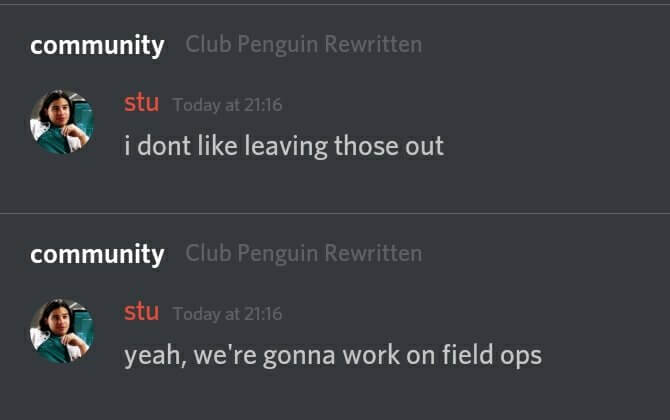 The secret agents are one of my favourite things on the island, so I’m really excited to see what’s coming soon! Thank you very much for reading, be sure to check back for more of the latest news and guides!