A new edition of the Club Penguin Rewritten Times has been published, containing huge amounts of information such as details on catalogs, game updates, parties and more!

Firstly, a secret code can be found by clicking the spy phone on page A4 of the paper. It’ll be revealed in the Tic-Tac-Toe code, but I have translated what it says!

Agents, we’ve received the funding to start rebuilding the agencies. Be ready. 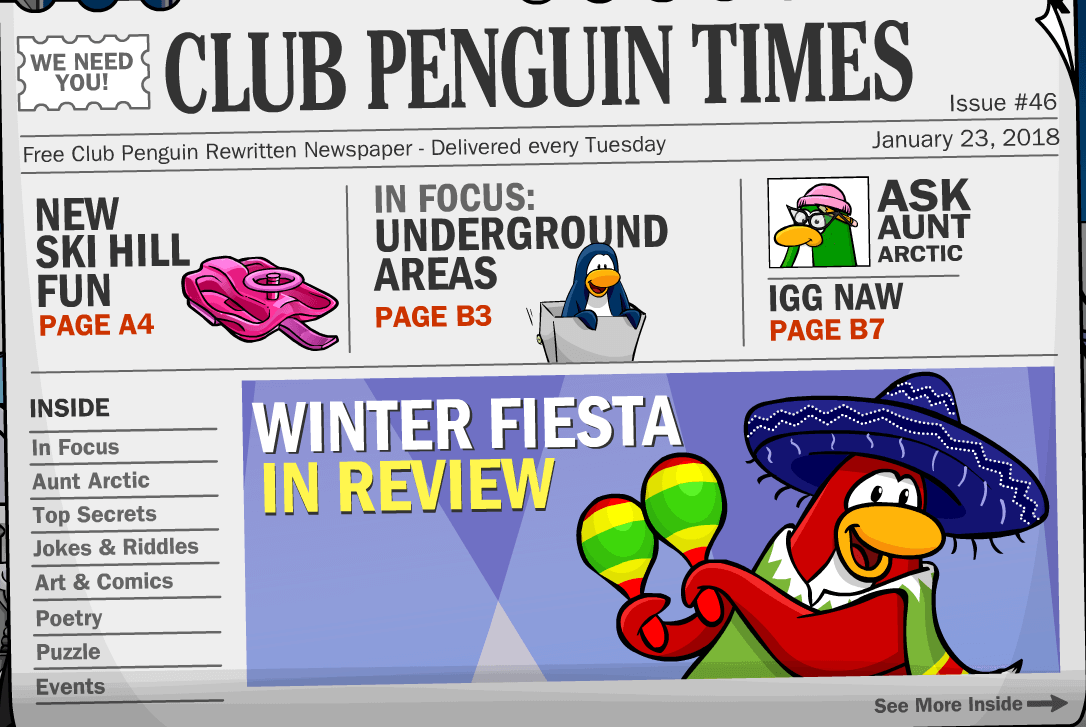 Whilst I would suggest reading the paper for yourself online, here’s everything revealed in this edition of the newspaper: