A new edition of the Club Penguin Rewritten Times has been released, containing lots of new information about the Anniversary Party, the Penguin Play Awards and more! 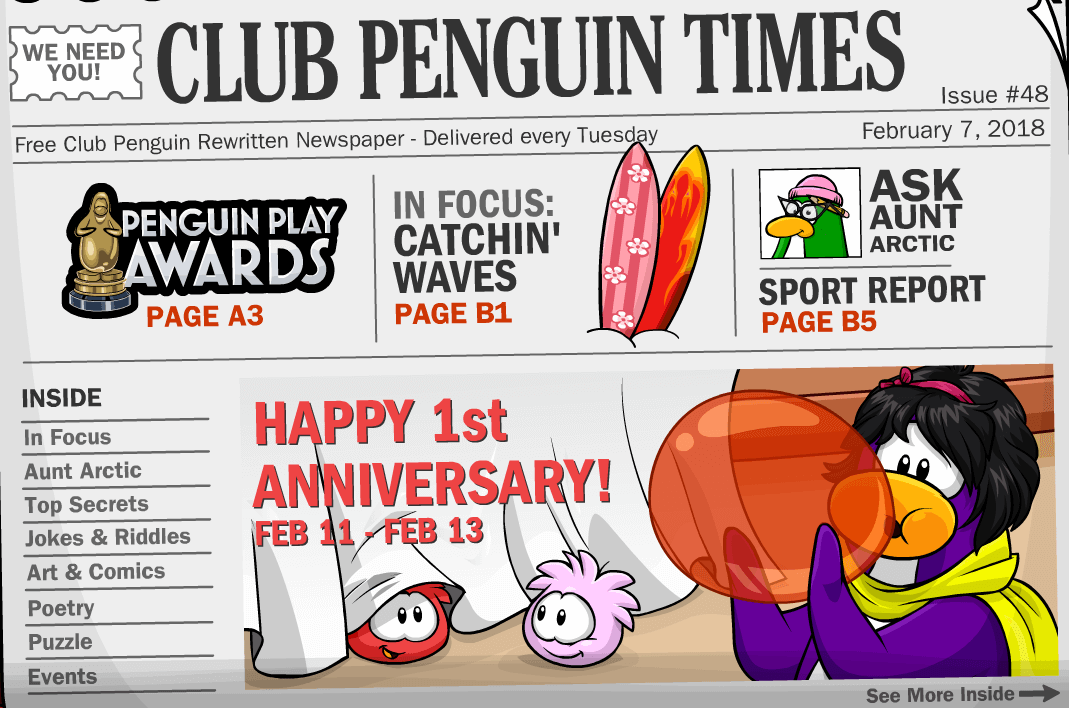 This edition of the paper revealed that:

The Anniversary Party seems so exciting, and it’s only a few hours away, which is awesome! Thank you very much for reading, be sure to check back for more of the latest news and guides!