The Medieval Party begins on May 23rd on Club Penguin Rewritten, but there are numerous things which have been updated about the party!

Immediately, the first thing you’ll notice is a really amazing new login screen, even featuring the elusive Thunder Blade which many (including myself) hope will come during the party, but this is sadly not confirmed yet! 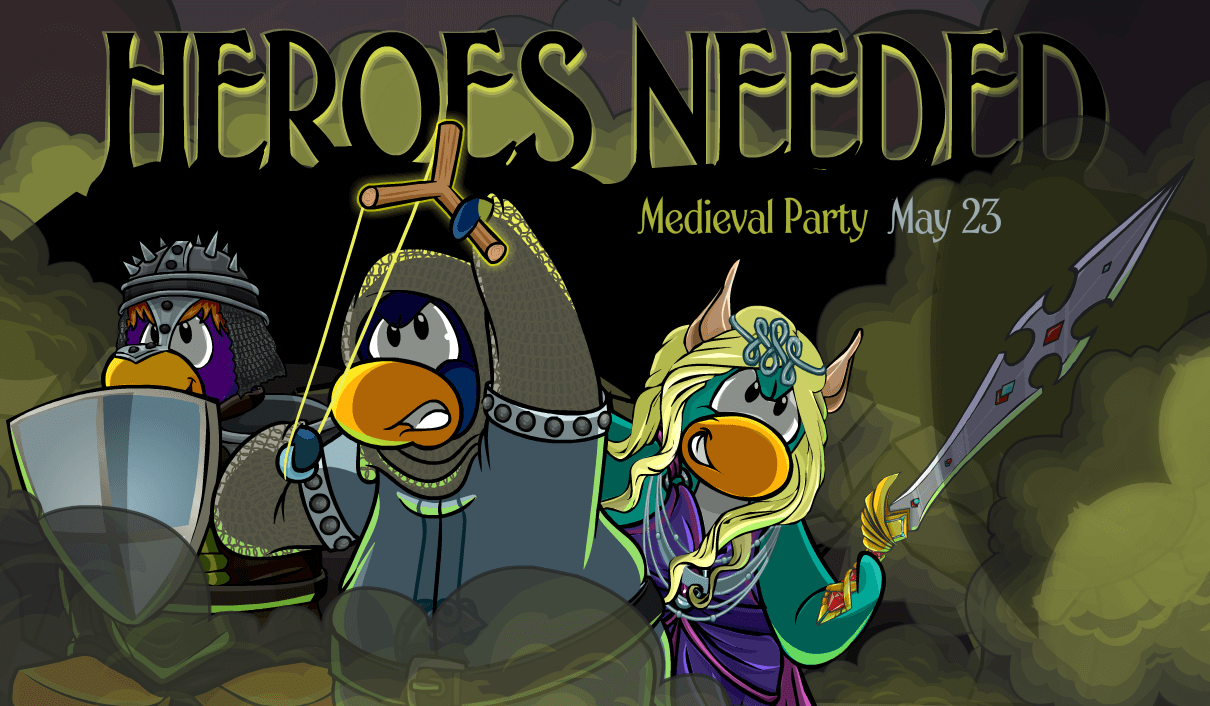 Along with this, construction for the party has begun all around the island! Most of it is located at the Underground Pool, the Ski Hill, the Beach and the Snow Forts.

Rumours even have it that a dragon passes over the island a couple of times an hour, but honestly, I haven’t seen it for myself yet! Scorn is going to come to the Medieval Party though.

Lastly, some exciting information was revealed by Hagrid, an administrator for Club Penguin Rewritten, who described the scale of the party as “one of the biggest done in terms of development”.

There’s even going to be around 56 rooms, suggesting that there will be plenty of puzzles and mazes to complete!

The Medieval Party honestly sounds super exciting and probably will even be the largest party this year! Thank you very much for reading, be sure to check back for more of the latest news and guides!