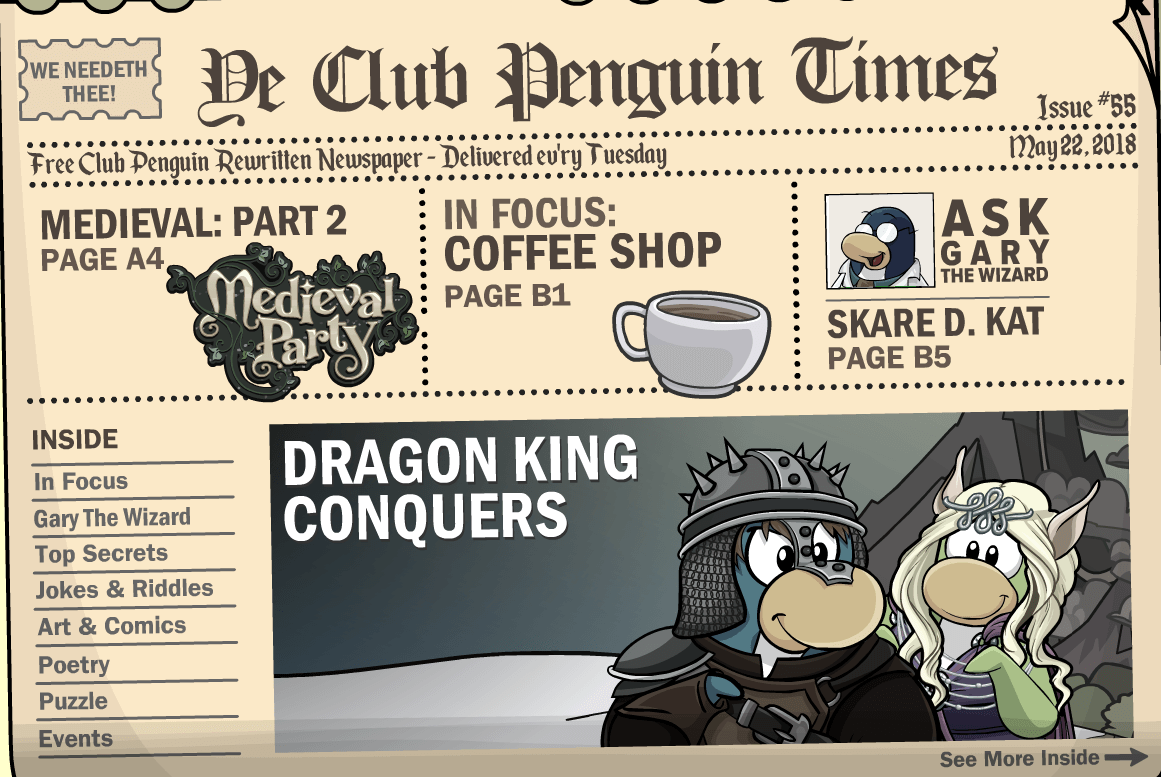 A new edition of the Club Penguin Rewritten Times has been released, which is completely themed around the Medieval Party that has even been extended to two weeks!

Amazingly, my poem was somehow also published, which makes me really happy! I would reccommend reading the paper online for the best experience as it is amazing, but I will try and summarise all the news.

The design of this paper is so cool, and the story is great too! I’m really excited for the Medieval Party which begins tomorrow, and I’m super thrilled that my poem was published too! This is it in case you were curious.