The Music Jam is going to be making its return on Club Penguin Rewritten this month, with lots of mascots and decorations!

Although this has not been directly confirmed, it’s very clear that it will be happening based on sneak peeks and news from all directions! Firstly, the official Twitter account said “where did I leave that boombox”, implying the Music Jam is the next party. 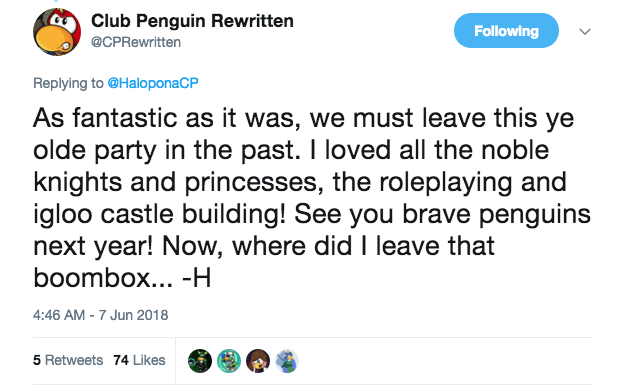 The newspaper also discussed the Music Jam, saying that the party is a “festival for all penguins, and all kinds of music”. This definitely suggests the Music Jam coming too!

Lastly, hagrid (an administrator for the game), directly stated that the “finest DJs” would be coming to Club Penguin Rewritten! 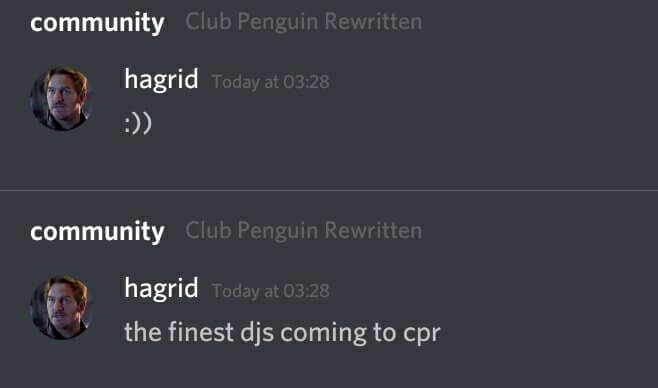 All of this clearly suggests that the Music Jam is this month’s party on Club Penguin Rewritten, which is now as good as confirmed, and that is very exciting!