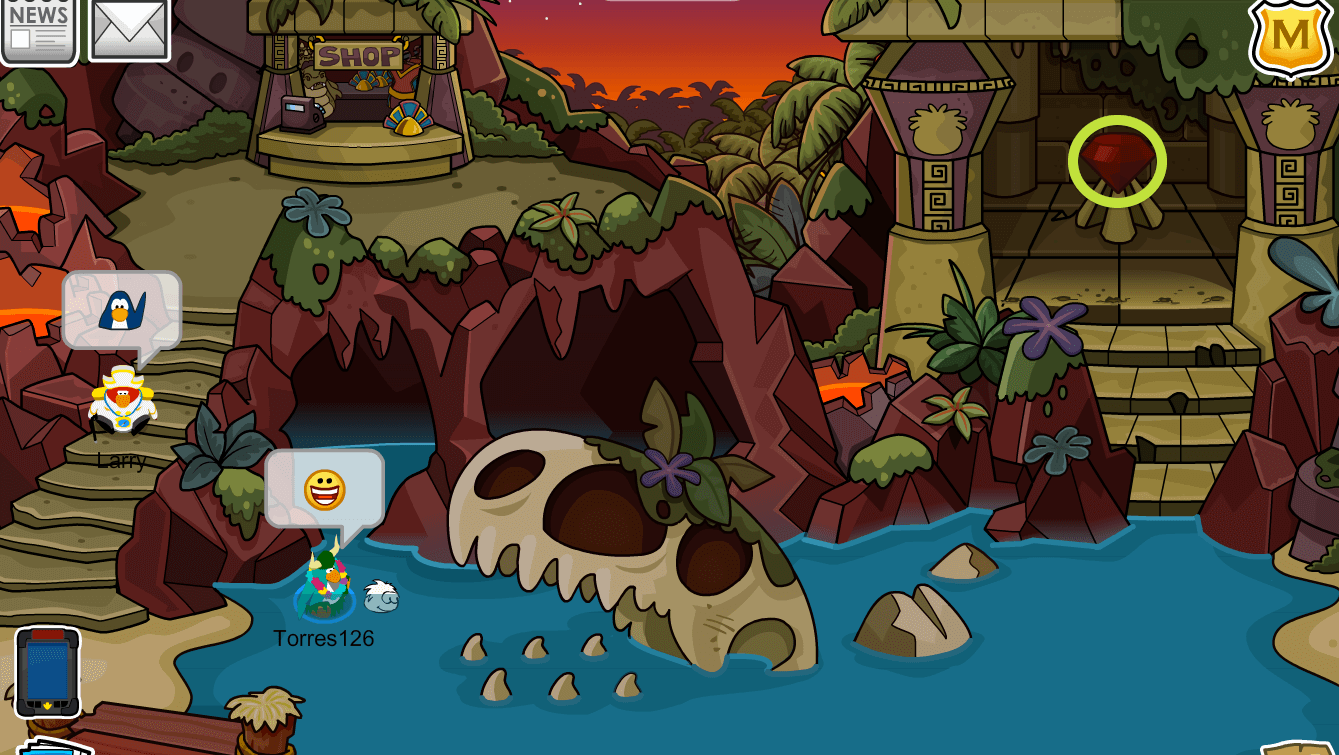 This party has now concluded

Island Adventure Party: Rockhopper’s Quest’s is out now on Club Penguin Rewritten until August 9th and is is by far one of the most amazing parties so far! This post will offer a full guide to everything, from the free items to Rockhopper’s Quest! 🏴‍☠️ ⚔️ 🌴

Rockhopper is confirmed to visit for this event, and you can view his tracker here.

Before I begin, I’d like to start by giving a huge thank you to the Club Penguin Rewritten team who worked on this for many weeks, with some even awake all of last night without sleeping, to make this party a reality. I’d also like to thank Larry for helping me with this guide!

The first thing you’ll immediately notice if you click the bottom right hand side of your screen is that there’s a five items which can be purchased! There aren’t any catalog secrets on this page, but they’ll be gone when the party is over. 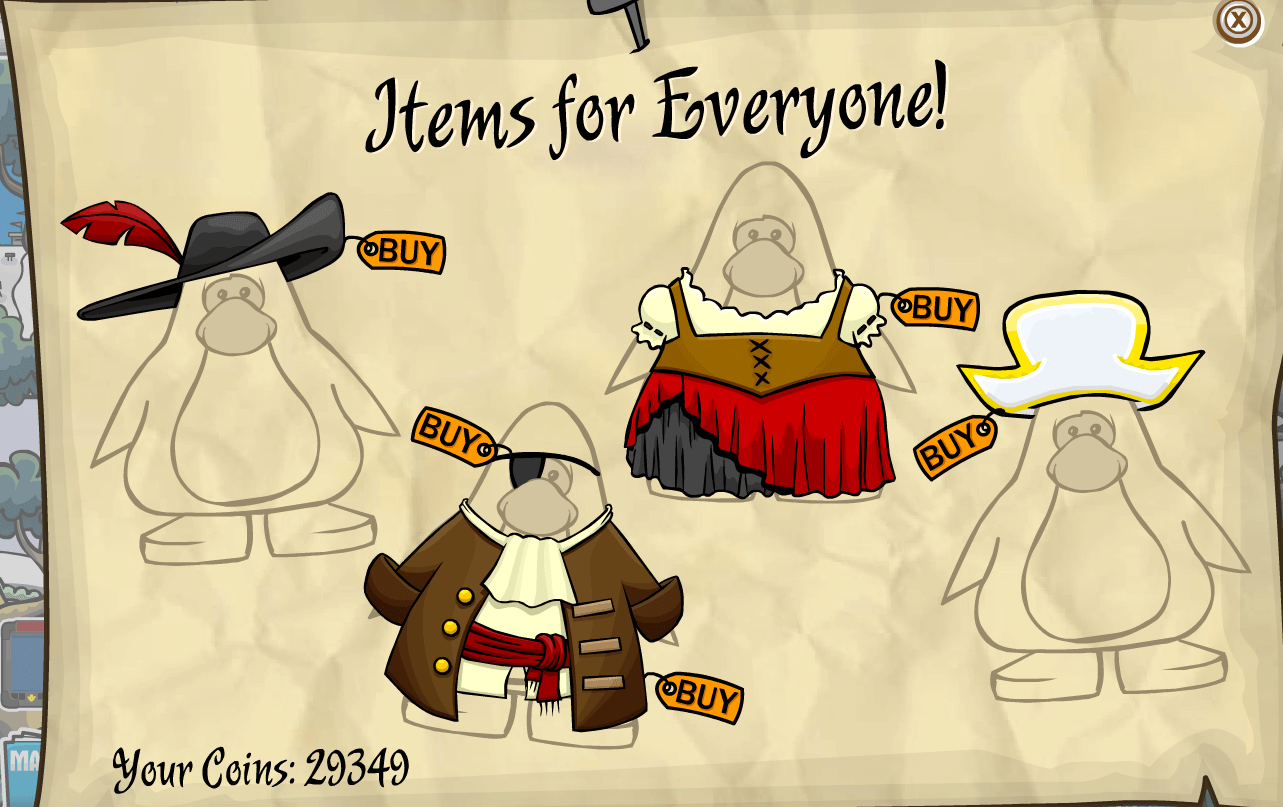 If you head to the Forest, you’ll see a ladder on the tree at the top. Click over here to head to the Treetops, a room exclusive to this party!

There, you’ll find the Marooned Outfit on the bottom left corner which you can obtain for free!

Note: There are plenty more items in Rockhopper’s Quest too!

Perhaps one of the most exciting parts of this party is Rockhopper’s Quest! You’ll need to head to the Beach to start and head onto the Migrator to start the quest. Rockhopper will then introduce the quest to you and you’ll board the ship.

The Migrator will automatically start sailing, however there are a few triggers with some awesome animations! You’ll notice five squares around the Migrator. For each one a penguin stands on, a target will appearing. Throwing snowballs at this target will show off some cool animations!

Our first stop, the Swashbuckler Trading Post, will soon be upon us! You’ll need to collect some materials at each stop to help build a beacon for Rockhopper. At this stop, you’ll find the materials on a crane at the top left.

You will be able to purchase four items at this location by clicking the shirt in the stall underneath the “Sale” button. There no secrets. 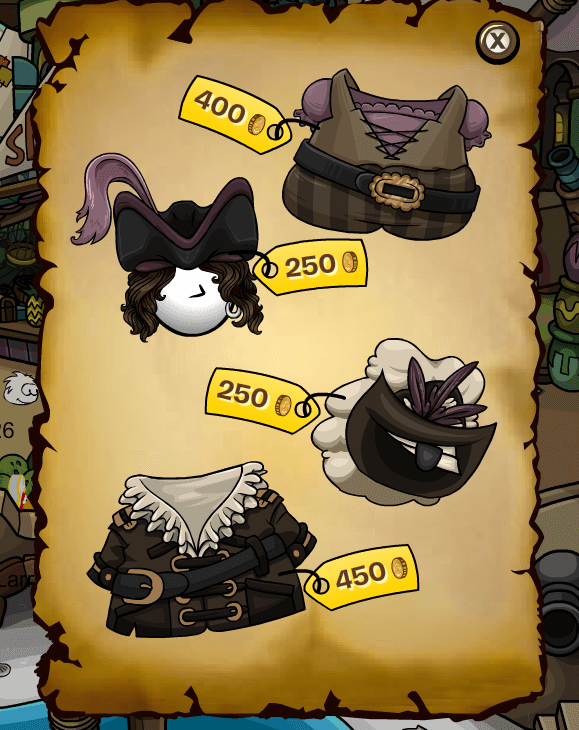 After this, it’s back on board the Migrator! You’ll now sail to another island, Dinosaur Island, where you’ll need to find a specific gem. This gem is located between the columns on the right. Simply click it!

Once again, there is another store with items, but there are no secrets in it! You’ll find it by clicking the counter beneath the “SHOP” sign at the top left. There are three items. 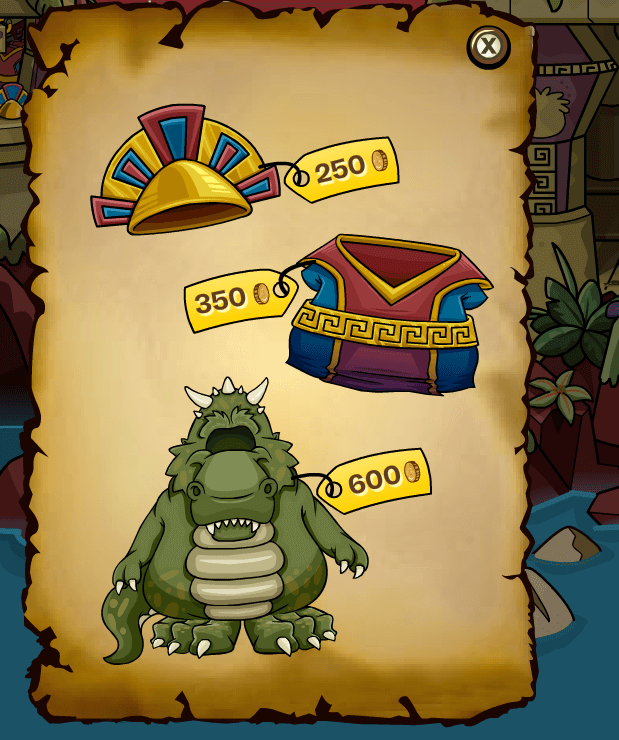 It’s time to proceed onwards! Head back to the Migrator where you’ll set sail to Shipwreck Island. When you arrive, be sure to click the beacon at the top right around two to three times. 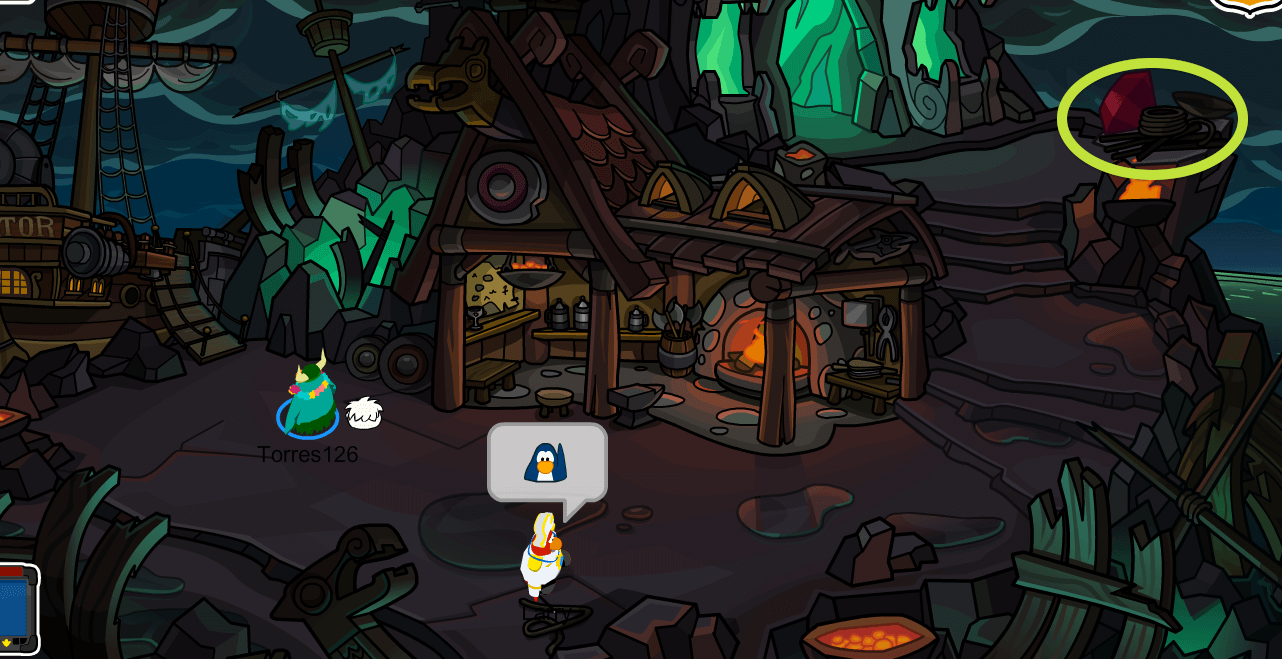 Doing this will offer the Shipwreck Beacon, which you can click “Yes” to pick up. After which, proceed onward into the cave! Upon entering, you’ll receive the Path Finder stamp. 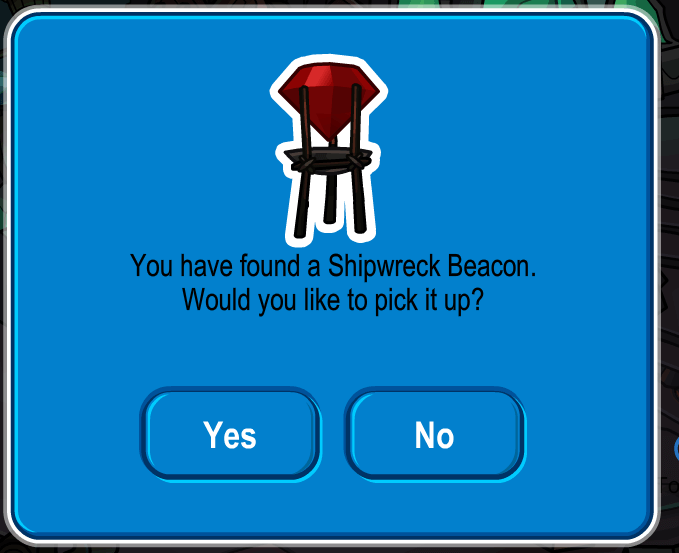 This will conclude Rockhopper’s Quest, and you can sail back to the mainland! 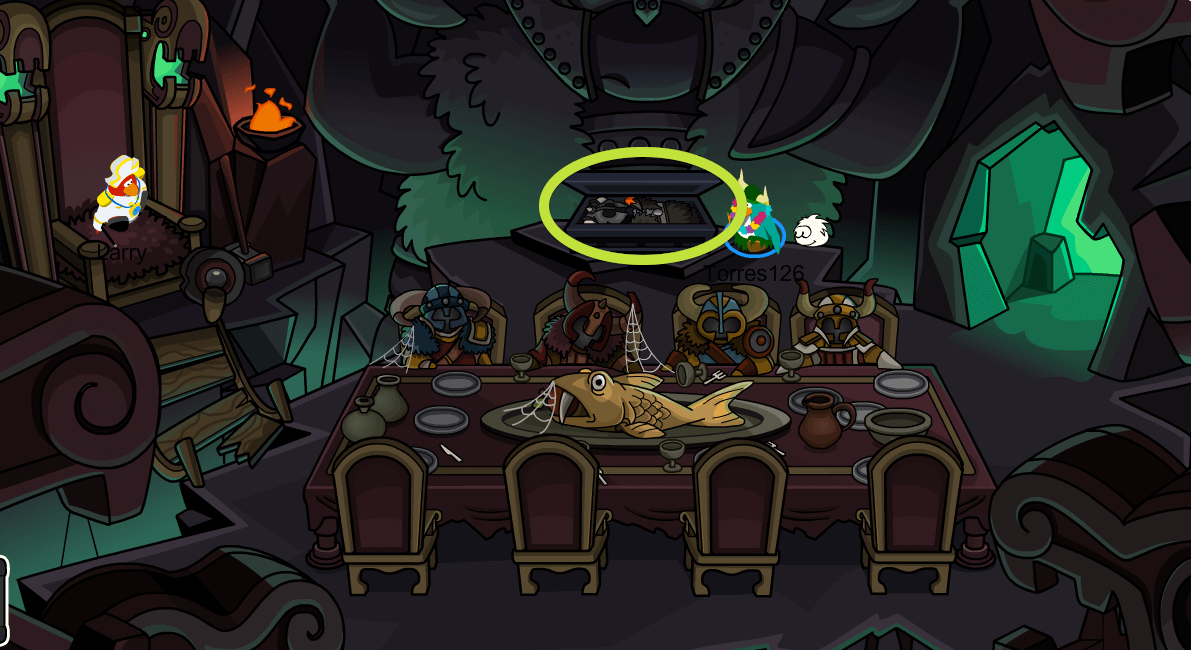 Treasure Hunt has been brought over to Club Penguin Rewritten, and you can play but also find a guide on playing the game at the Beach.

The main aim is to discover as much treasure as possible, and this can take some luck! My suggestion would be to go every two rows/columns until you see a diamond or gem. This is a multiplayer game where you work with somebody else too! 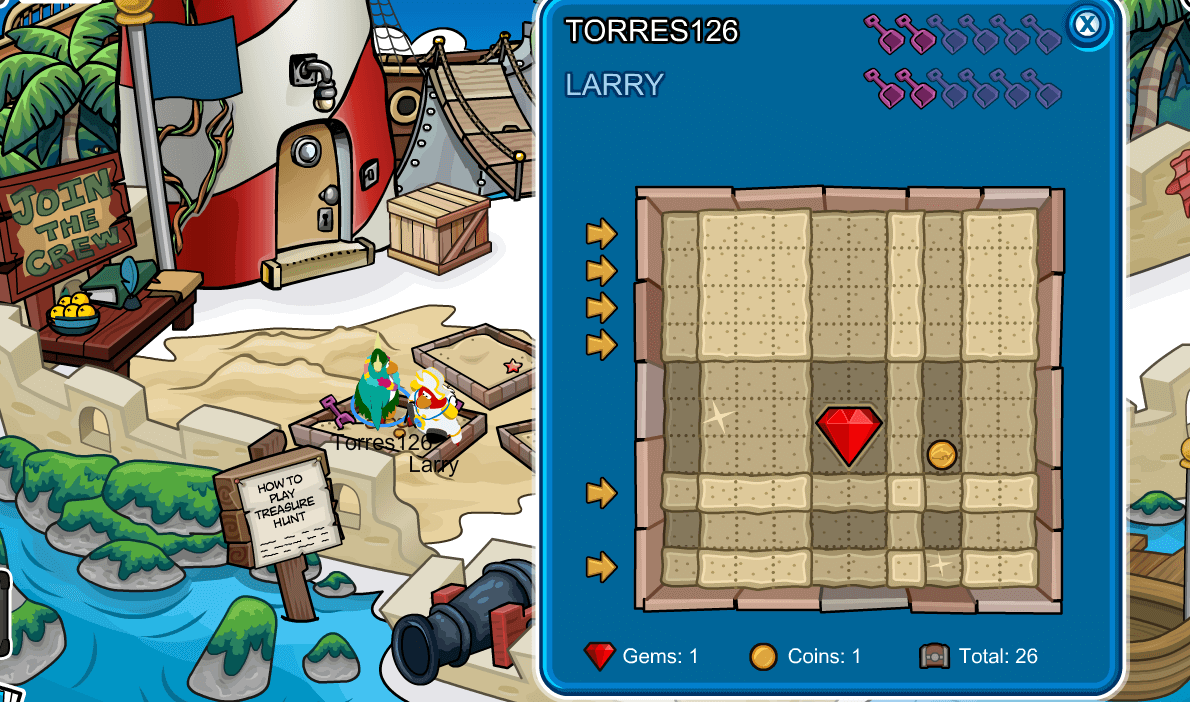 Currently, sadly, the Treasure Hunt stamps are broken but that will be fixed later in the party! stu confirmed this about the stamps.

Stamps are coming this week

Rockhopper is definitely going to be visiting for this party, and you can view his tracker here. This is his background! 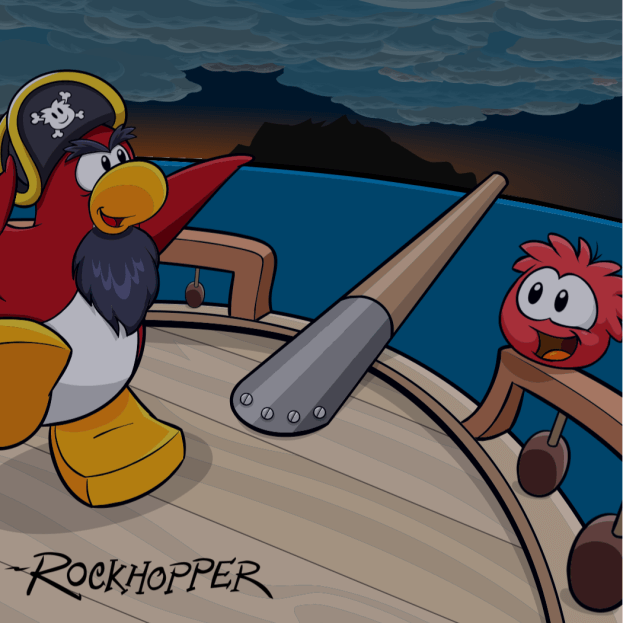 It is also possible, but not confirmed, that Gary could make more appearances throughout the event. You can find his tracker here.

There are some new pirate themed jokes added, a new emote which can be used (please clear cache if you’re only seeing the wave one) and also some safe chat messages!

This party is really awesome, with lots of cool quests and an amazing selection of rooms, including some exclusive to this party! For example, you can battle it out on the ships accessible from the Beach and Cove.

Also, if you’re looking for something cool to watch, check out this is amazing official video which even includes some voice acting!

There’s also an igloo contest ongoing, which is really cool. Thank you very much for reading, be sure to check back for more of the latest Club Penguin Rewritten news and guides!