For the purpose of these blog posts, I’m splitting up the news into several different posts, since there’s lots of news which has been revealed. Let’s start with the Halloween party, where a small sneak peek of a graveyard has been posted! The border of that sneak peek is in white, but here’s the full room from classic Club Penguin: 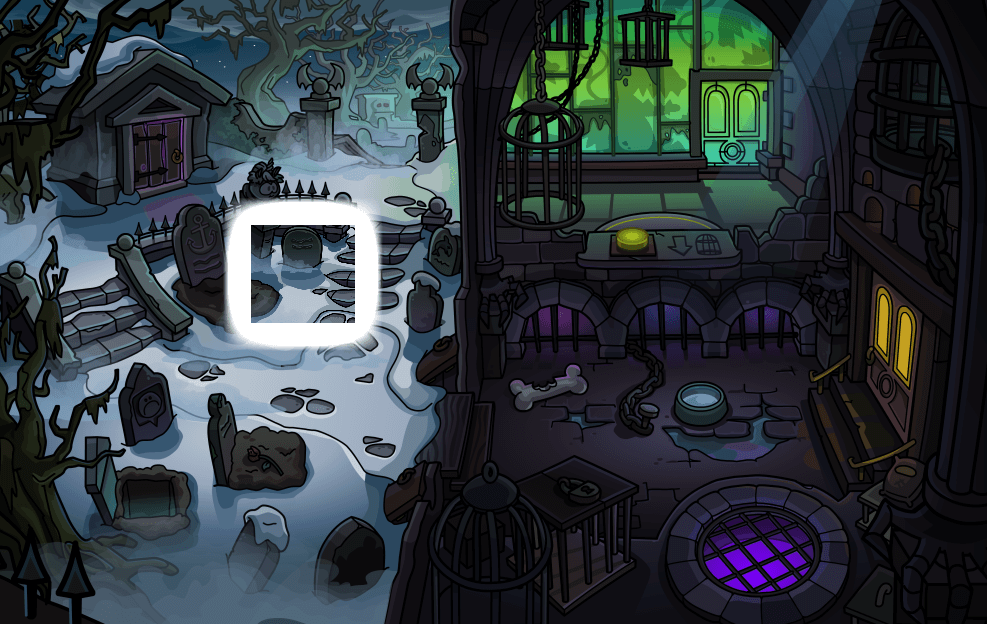 You’ll notice that it appears (not confirmed) to be the Haunted Mansion is going to be making a return to Club Penguin Rewritten in October! This is hugely exciting news, as it’s from the 2012 Halloween Party, which is an all time favourite!

It was also revealed that the Gift Shop will have the same custom music as last year for the Halloween Party. The Fair is also likely going to be this month’s party! Thank you very much for reading, waddle on!