Lots of information has been revealed about the Penguin Games in the most recent blog post, from mascots to a sneak peek and even an explanation of the delays!

The first sneak peek was that of the Pizza Parlor which will be decorated for Team Blue during the Penguin Games. This is how it will look like! 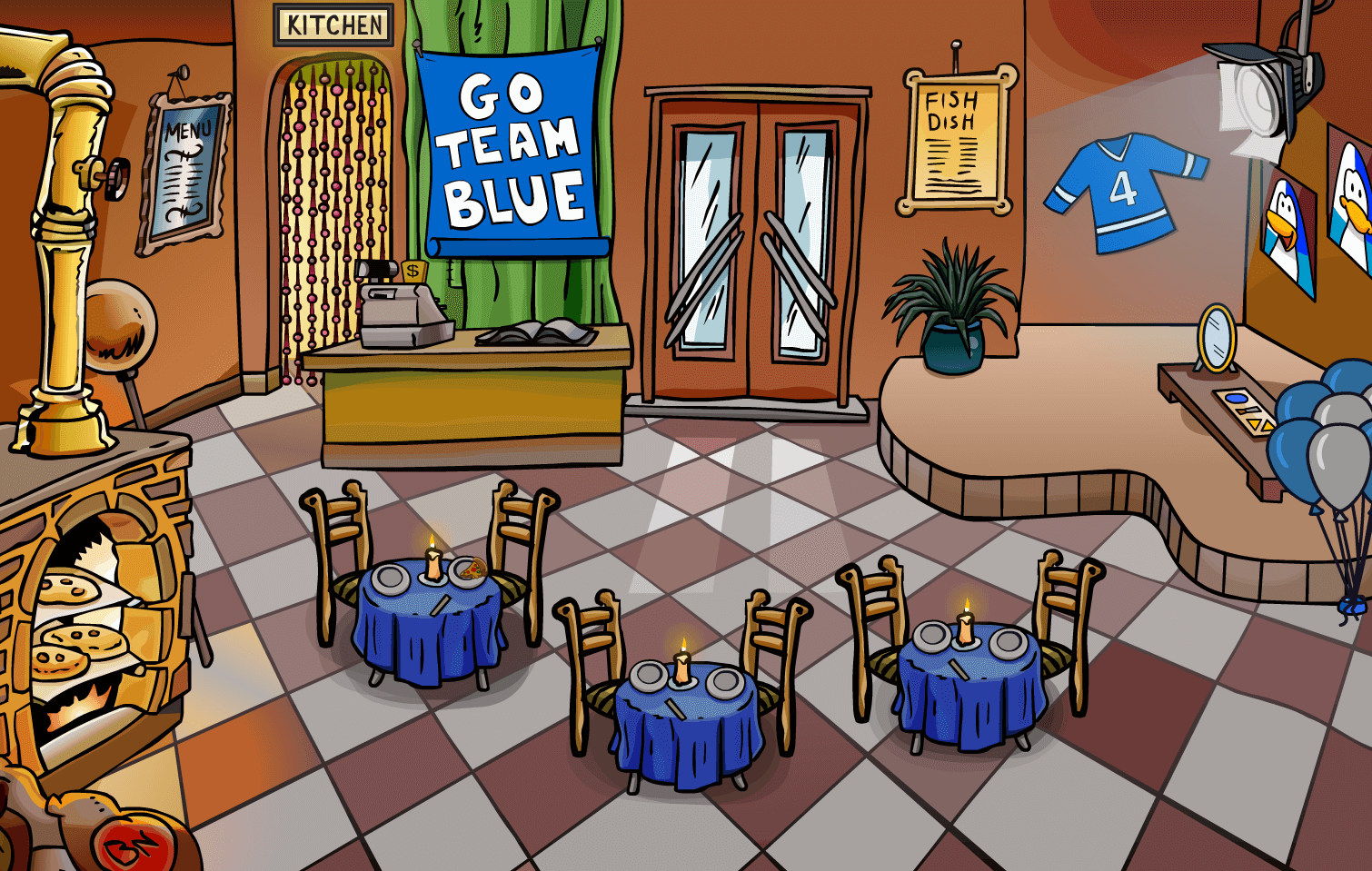 The team also revealed the following details about the event:

There’ll also be a lot of features, items and activities! Along with that, “there’ll be some familiar, and old faces returning for our Penguin Games”, which is referring to mascots will be visiting for the Penguin Games! The Rory tracker has been updated to “Likely”, but it seems multiple will be visiting.

The team also said the following about the delays:

We know a lot of penguins have been wondering as to why a lot of our updates can be delayed. I’m here to hopefully put some light on what’s been going on in the development side of things from the team that brings you the content.

A lot of our updates we’ve been bringing them out as fast as possible, and that’s been the case for a few months now, however, as Summer is coming to a close, studying can take over what we count as a hobby which is Club Penguin Rewritten.

This isn’t to say it’ll always be like this, we’re working on adjusting our schedules outside of Club Penguin Rewritten to put a lot of the content first and we’ll be improving it as best as we can, our first step on improving this will be us focusing on the next party as our Penguin Games event is going on around the island, I’m sure a lot of you can guess what the party is as it’s an annual party and a fan favourite, a lot of cotton candy will be shared that’s for sure.

We hope you understand, and we hope that you believe in us on bringing you penguins the best content as possible with the best time possible to come with it. Our number one priority is always how the party looks and feels, with very little bugs that come out with production on the servers you all play on.

The annual party being referred to is likely the Fair, which will probably be this month. Lastly, the team hinted at the “Go Red/Blue” backgrounds coming in the comments.

That’s all for now, thank you very much for reading, be sure to check back for more of the latest news and guides!