A new edition of the Club Penguin Rewritten Times has been published, revealing some more information about The Fair which will be occurring next week, along with some other details on future updates!

For the best experience, I would recommend reading the paper for yourself online, but as always I will try and summarise the news. 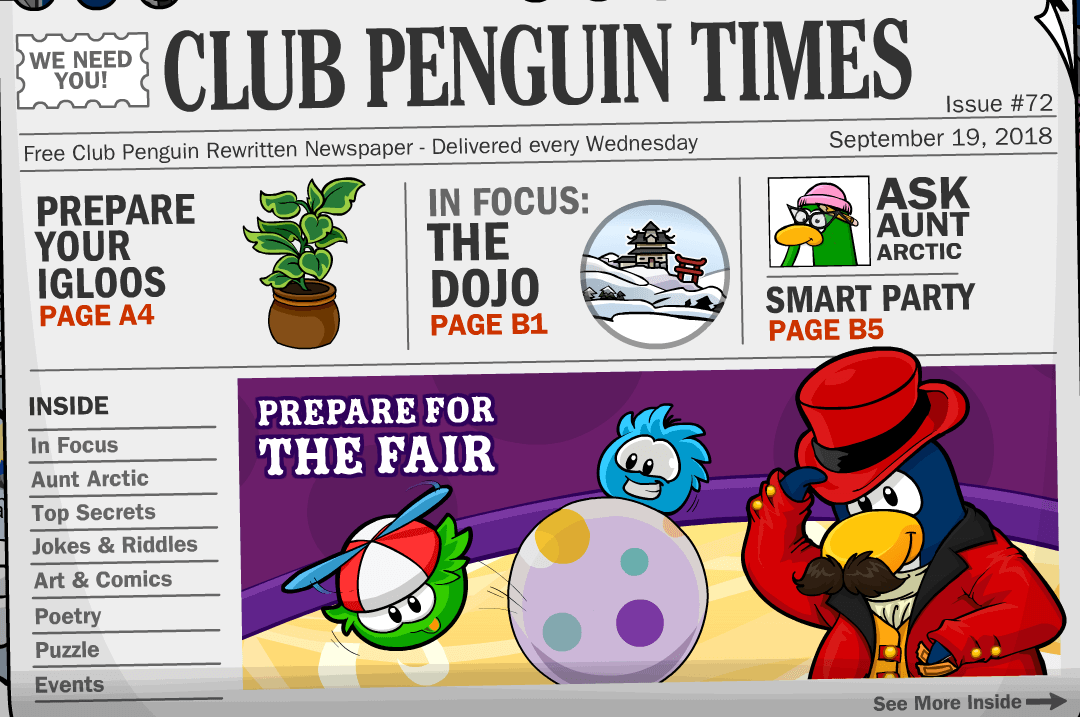 The Fair sounds exciting, and it’s really cool to see the April Fools Party confirmed again as it’s a party which has been requested a lot, simply because of how wacky and cool it is!