A new edition of the Club Penguin Rewritten Times has been released, containing a lot of information, but also apparently an easter egg (not related to updates), though that’s not been found yet.

Update: The easter egg was a hidden page, only accessible through the SWF!

For the best experience, I’d recommend reading the paper for yourself online, but as always, I will share all the news! 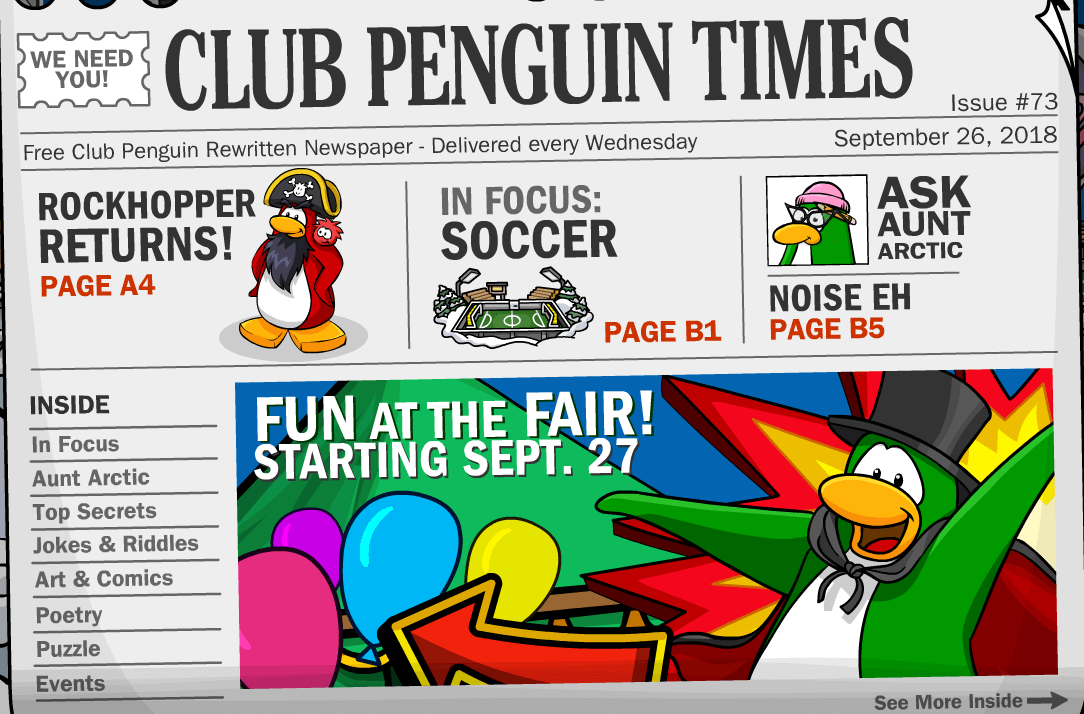 The paper confirmed that:

The Fair will hopefully start later today, which is really cool! Thank you very much for reading, waddle on!