Some new sneak peeks have been released by the Club Penguin Rewritten team, hinting at what’s to come later this month!

As always when this happens, I’ve analysed them to the best of my ability to share my conclusions on what I think they suggest. The official sneak peeks are from the top left in the image below, and the bottom image is my conclusion from the sneak peek in September! 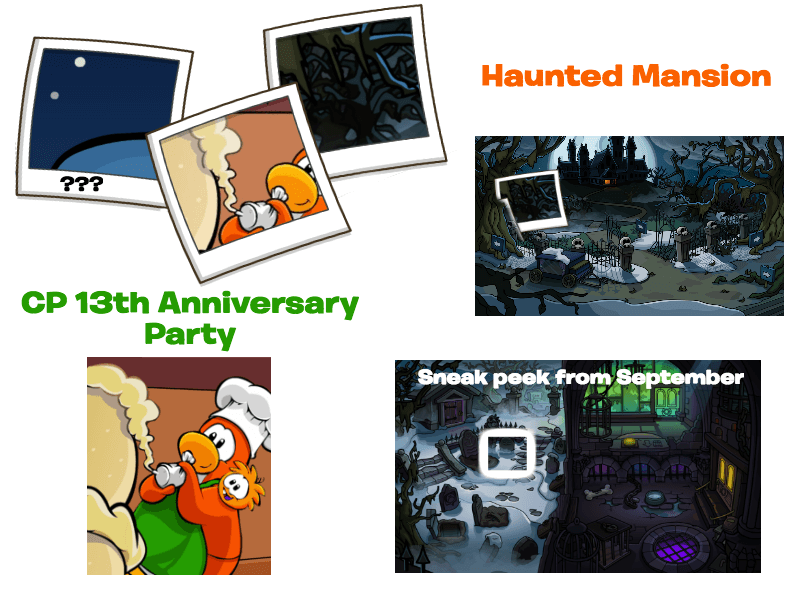 The second sneak peek seems to be a Card Jitsu card of the 5th Anniversary, and is likely a hint towards the 13th Anniversary Party of Club Penguin this month, but that’s already been confirmed.

Although the Halloween Party has also been confirmed to start October 25th, the third sneak peeks seems to once again hint that the Haunted Mansion is coming in the party! It matches the tree in the Forest design perfectly! However, there is no concrete answer as to what the first sneak peek is.

Update: A new theory shared by Hunter J suggests that the first sneak peek might be the binoculars at the Cove! 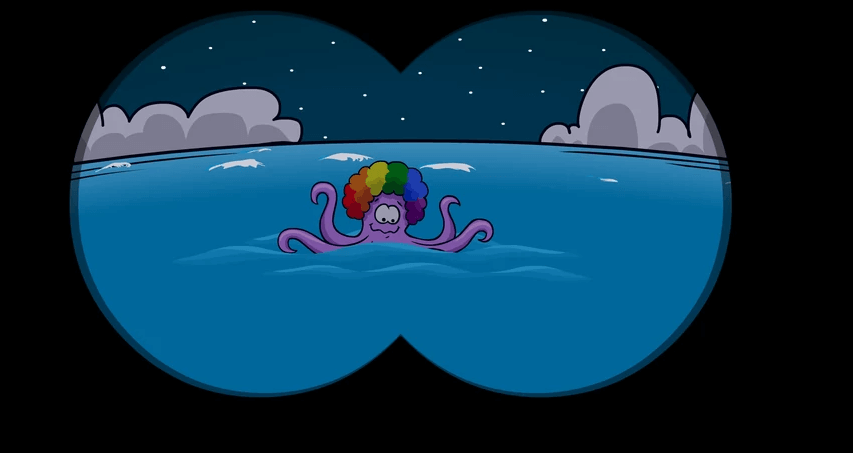 October seems to be a very promising month, and I’ll definitely keep you updated on anything else that gets revealed! Thank you very much for reading, waddle on!