A new Better Igloos catalog has been released on Club Penguin Rewritten, filled with lots of spooky furniture items for the Halloween Party later this month! 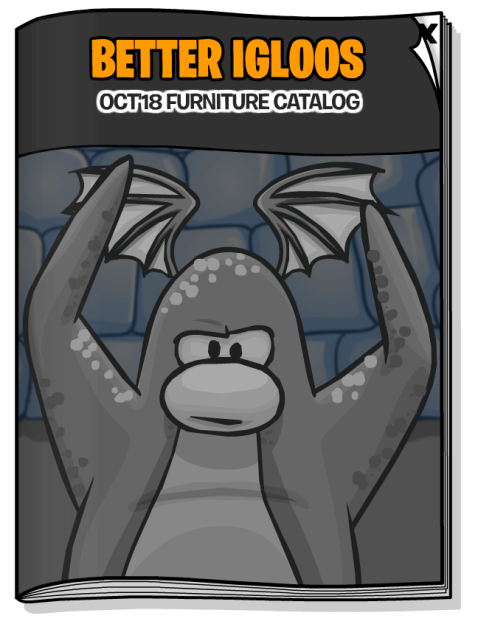 As always, in this post, I will be sharing all the secrets/cheats inside the catalog! A red circle/orange arrow represents that a secret is hidden there and the image next to it is the item which you can get by clicking there. Thank you to mepisdoe2735 for pointing out the one I missed!

Page one contains four secrets, which are the Cauldron, the Pipe Organ, the Iron Chandelier and the Candelabra! 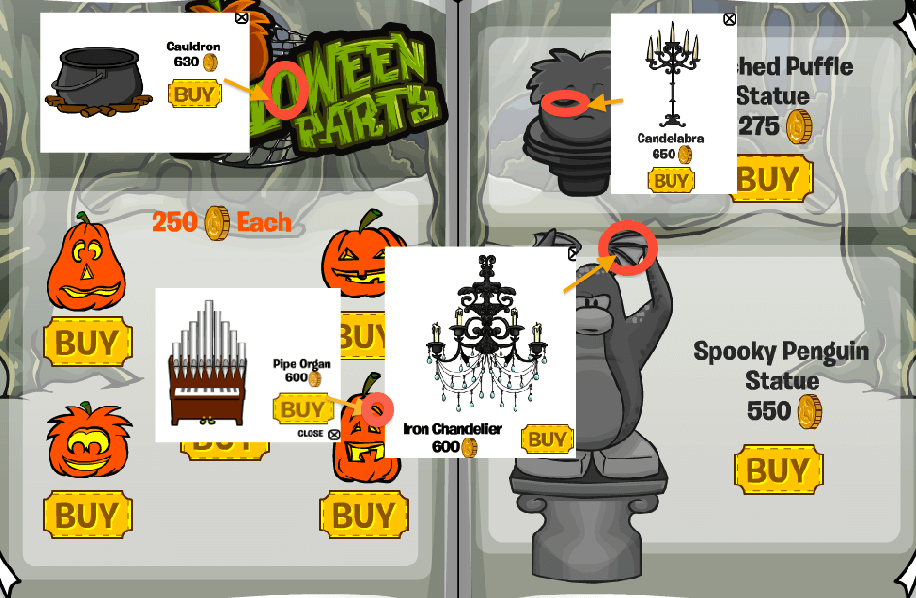 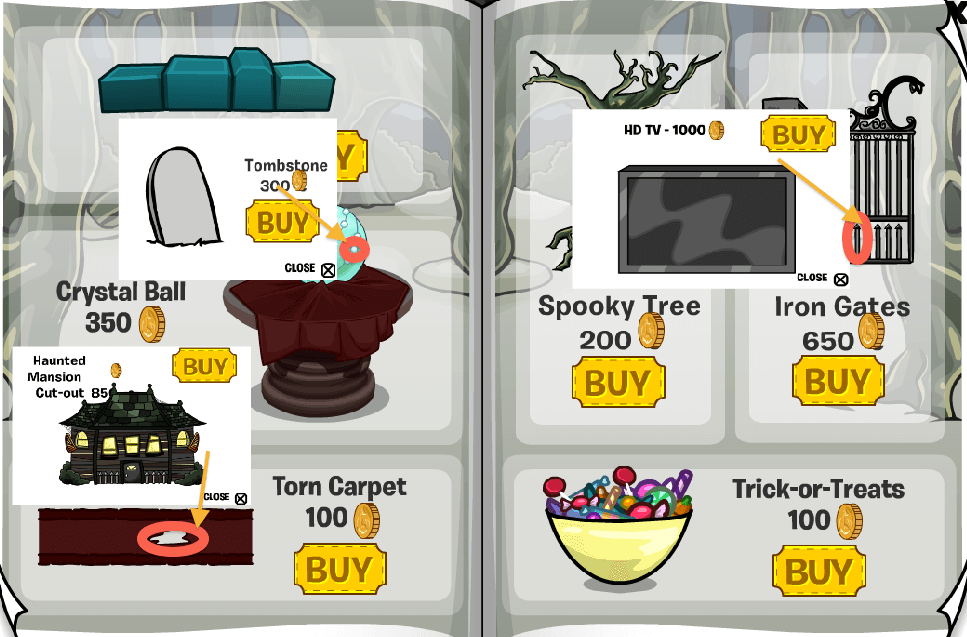 Page three also contains three secrets, which are the Spider Web, the Terrifying Tissue Ghost and the Moving Eye Painting. 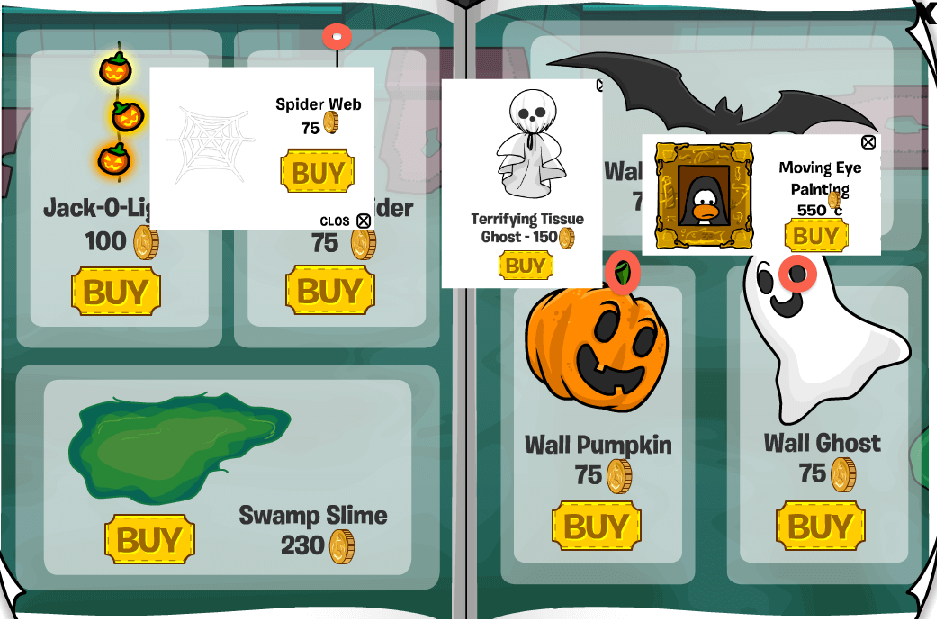 If you’re looking for the secrets to other parts of the catalog, you can click here to find them! Two new igloos and a new igloo music selection were also released.