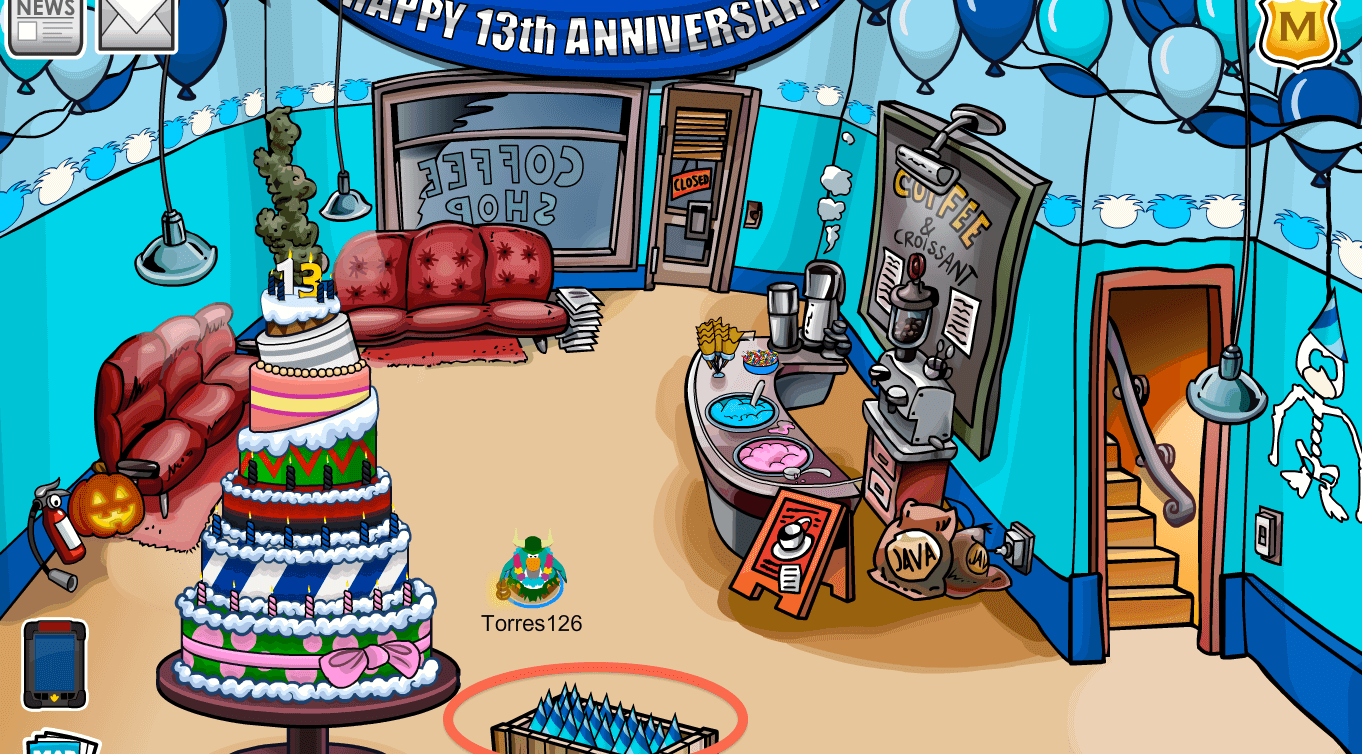 This party is over

The 13th Anniversary celebrations for classic Club Penguin have begun until Thursday, and it’s possible to obtain an exclusive hat, tip the Iceberg, use new igloo music and more! Mascots are expected by many, but not confirmed, to visit for this event as well. 🎉

The area which is mainly decorated is the Coffee Shop, which contains a cake decorated in different designs of mascots. You can’t earn a stamp by blowing out the candles since that’s for the CPR anniversary, but the room design looks incredible!

You can also collect the 13th Anniversary Hat in a box at the bottom right next to the cake for free. It follows a blue and white theme!

It’s now also possible to tip the Iceberg. If you gather enough penguins drilling (the exact number is thirty, thank you to diatigera for telling me!), the Iceberg will tip!

At the bottom of the Iceberg, you can find the Iceberg Tipper for free. 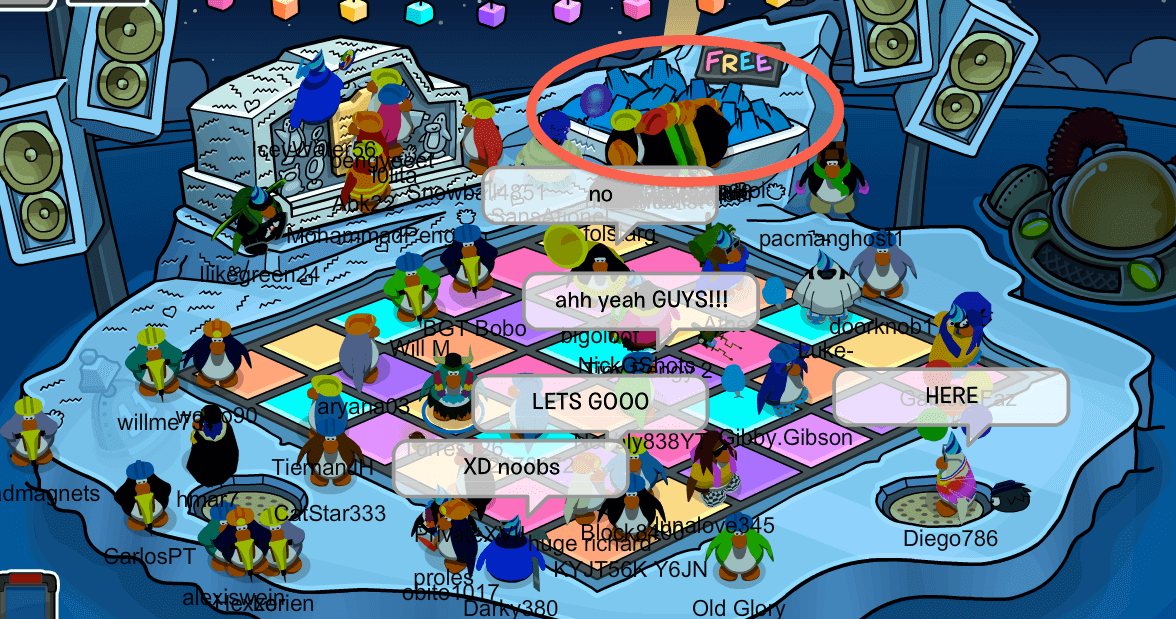 In regards to the secret feature mentioned yesterday, in celebration of the anniversary, there’s some classic tracks available as igloo music. In order to access these, on the music list, you need to click the S in “Music”. You’ll then be offered a few pages of tracks!

Along with the anniversary, the eclipse is still ongoing, and you can still pick up the Eclipse Glasses at the Snow Forts & the Bat Pin at the Cove. This party lasts until Thursday, where Halloween will begin, and it’s an absolutely awesome event!