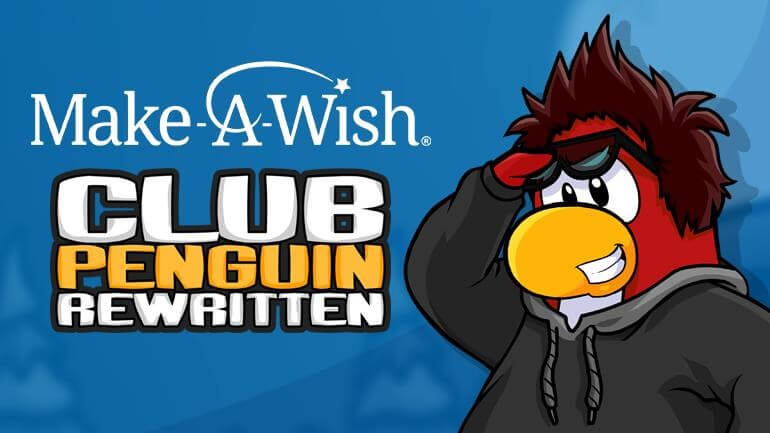 Update: It is now too late to donate for a code – over £1845 was raised and the Club Penguin Rewritten team are donating £300 as well, meaning over £2145 was raised, which is amazing!

Devcast is now live, and it’s a special charity stream in which the Club Penguin Rewritten team are raising money for Make a Wish! Screenhog is also a special guest for the stream, and you can watch it here.
Update: The stream has now ended – at the time of the stream ending, £1200 was raised during it, and £300 will be donated by the team, which is awesome! It’s well worth a watch, it was very interesting! You can also donate until 22:30 BST tomorrow (as of the time of writing), but please have a parent do so if you wish to. No news was revealed in it, so there won’t be a highlights post, but a lot of interesting stories were shared. 🙂

You can learn about donations here. Please have a parent or guardian donate for you if you wish to do so.

There’ll be a recap of the things confirmed in the stream afterwards, but for now, there’ll be plenty of fun things, so enjoy watching!