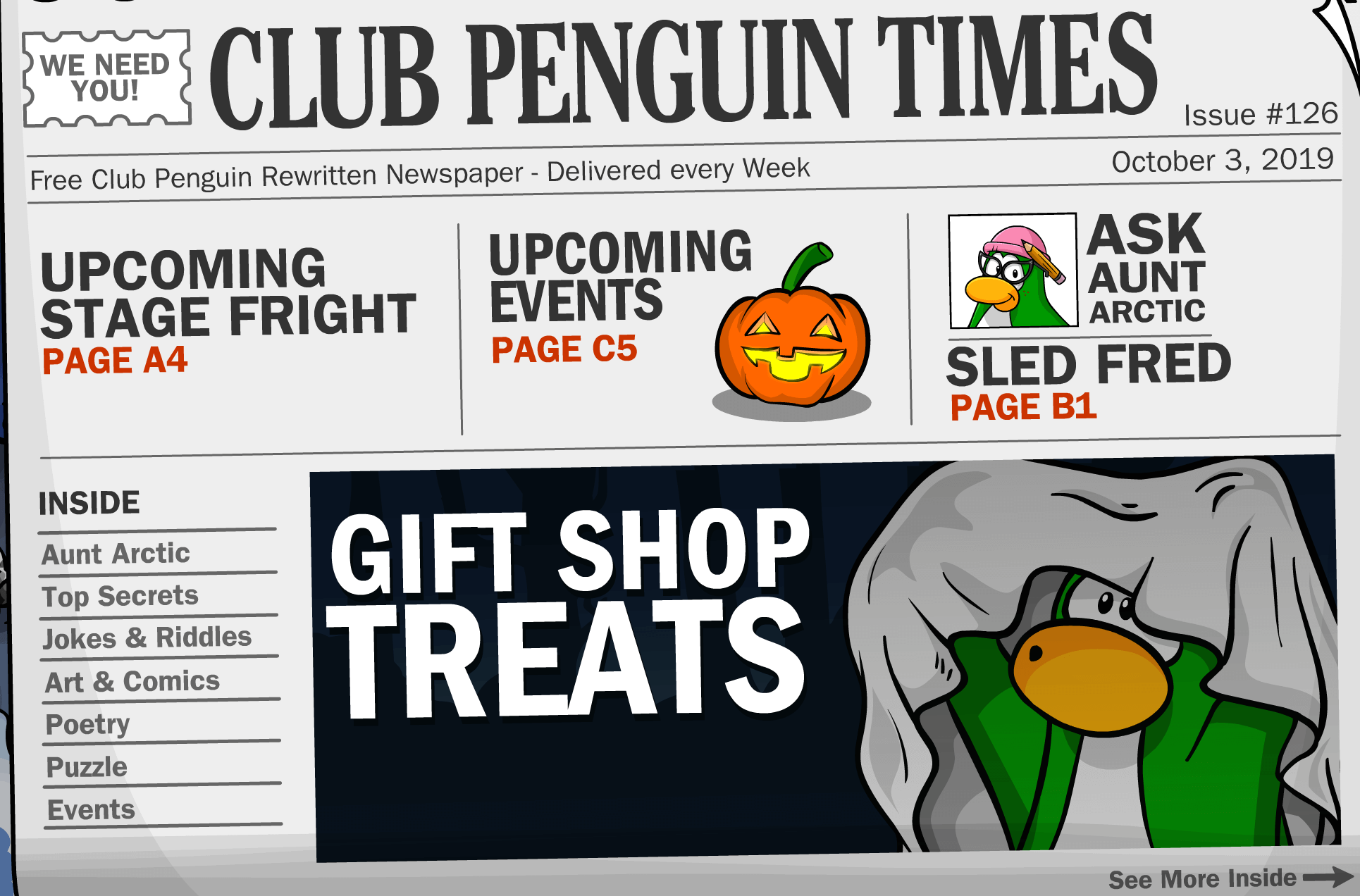 A new edition of the Club Penguin Rewritten Times has been released! It’s mainly on the new spooky styles in the Gift Shop, but also covers the Halloween Party.