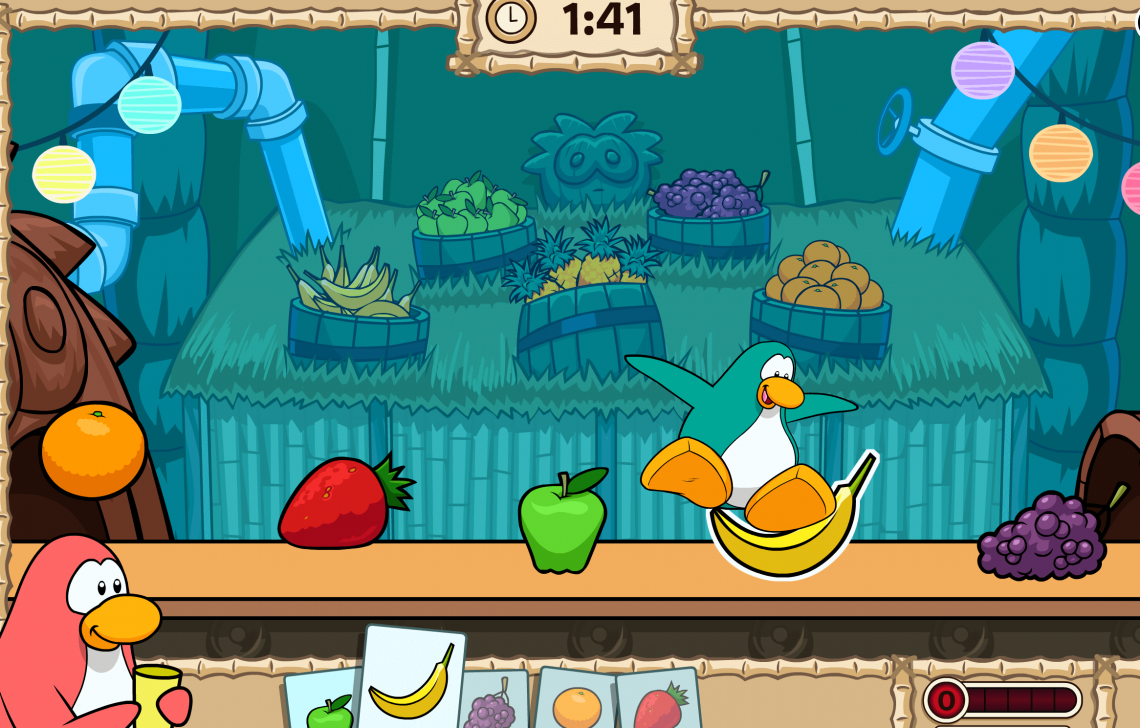 Smoothie Smash can now be played on Club Penguin Rewritten! You’ll find a blender in the smoothies shack at the Stadium, and you can click there to begin the game. 🍊

There’s two different modes: normal and survival. I won’t explain too much here how to play them because there’s much better instructions in-game, but essentially the aim is to squash fruit by using the arrow keys, and also dodge items in survival mode.

Along with the game, sixteen new Smoothie Smash stamps can be found in your stampbook and be earned! Some of them are a real challenge to earn, but it’s a fun game! Smashing fruit is oddly therapeutic for me…

As I know many will be curious, I’ve included an image (from classic Club Penguin) on what to expect when all the stamps have been earned. Credit to Tech70 for it!