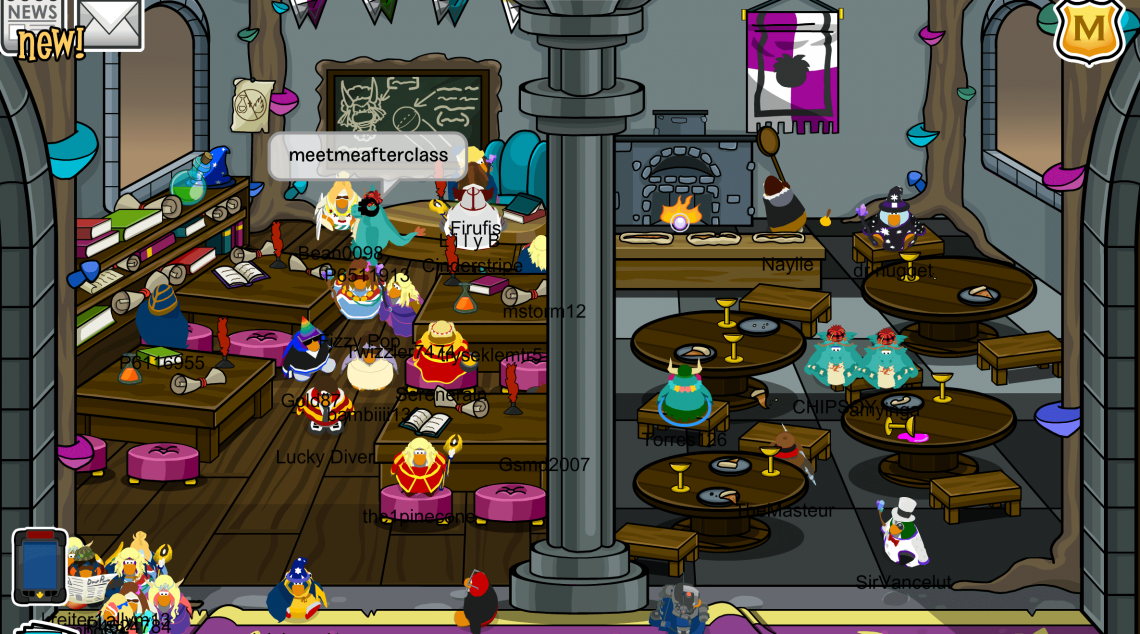 An additional two rooms have been added for the second week of the Medieval Party on Club Penguin Rewritten: the Sky Kingdom and the School, which was the room featured in the sneak peeks earlier this month!

The Sky Kingdom can be accessed from the Town, where a beanstalk is located to the left of the Coffee Shop exterior. On the Sky Kingdom, you can find the Skyward Staff, which has returned after previously being available in 2018.

The second room is the School, which can be accessed from the Ski Village by a little path towards the top of the room. I understand that there’s been a bit of confusion regarding the green book mentioned in the dialog given by Gary when first logging on.

To clarify, there is no interaction with the book and there is no activity regarding translation. It was merely mentioned as part of the roleplaying aspect to the event!

The room is reminiscent of the School which replaced the Recycling Plant in the last few years of classic Club Penguin, but it was actually created by the game’s artist: Lovebacon56! She’s actually released some images of progress pictures which look beautiful!

If you still need it, you can find a guide to the rest of the party here. Thank you very much for reading, be sure to check back for more of the latest Club Penguin Rewritten news and guides!