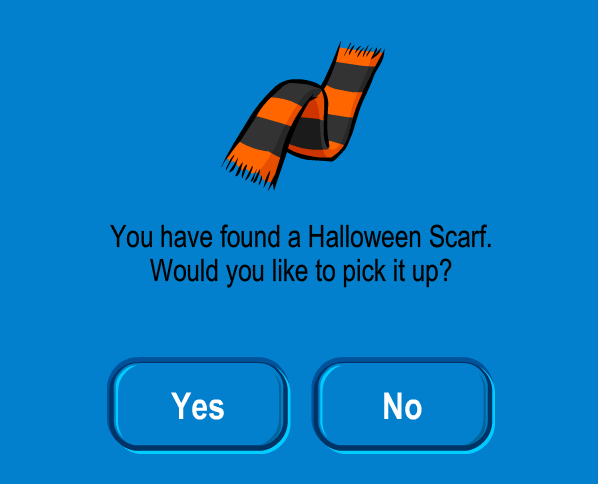 The Club Penguin Rewritten team have given us a small hint about an item which we can expect soon! They haven’t provided much more detail other than it being a scarf that’s been highly requested!

A little scarf [will be] returning this year that you have all been waiting for.

If I had to make a guess, the scarf being referred to is probably the Halloween Scarf, as the team said they’ll “look into bringing back some classics” in response to a request for that item to return.

For those unaware, it was an item available by completing the Scavenger Hunt at the Halloween Party in 2017, and it’s effectively just a black and orange scarf.

I must stress that the Halloween Scarf returning is just my strong suspicion – it’s not necessarily guaranteed, although it has been hinted! However, there’ll definitely be a return of some scarf soon.