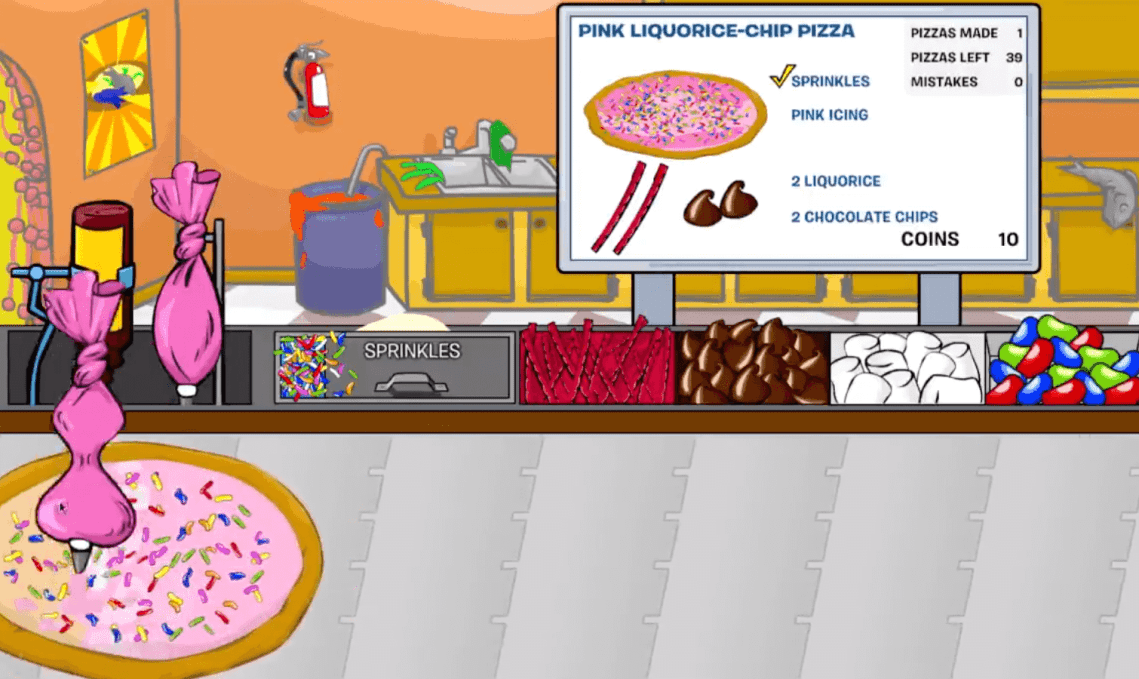 The Club Penguin Rewritten team have been developing Sled Racing for a while, and there was some suggestion that it could be the next mini-game to return to the island using the new HTML5 technology. However, they’ve also been developing Pizzatron 3000, and that’ll be returning to the island first instead.

Update – 11th June: my bad, I forgot that Pizzatron 3000 is already included on the island! However, this change will result in it being released with the new HTML5 technology, therefore making it smoother and offer stamps once more.

The game will be in the new HTML5 technology, which means it should run more smoothly than before, and development has almost concluded, including with the Candy Mode. The stamps still need to be implemented, but once those are possible to earn, the game should hopefully be released!

Although Pizzatron 3000 is being released before Sled Racing, both games still remain high on the list of games which the team are hoping to release; Sled Racing will be the game which next receives most attention. Once more is announced but either of those two games, I’ll be sure to let you know!