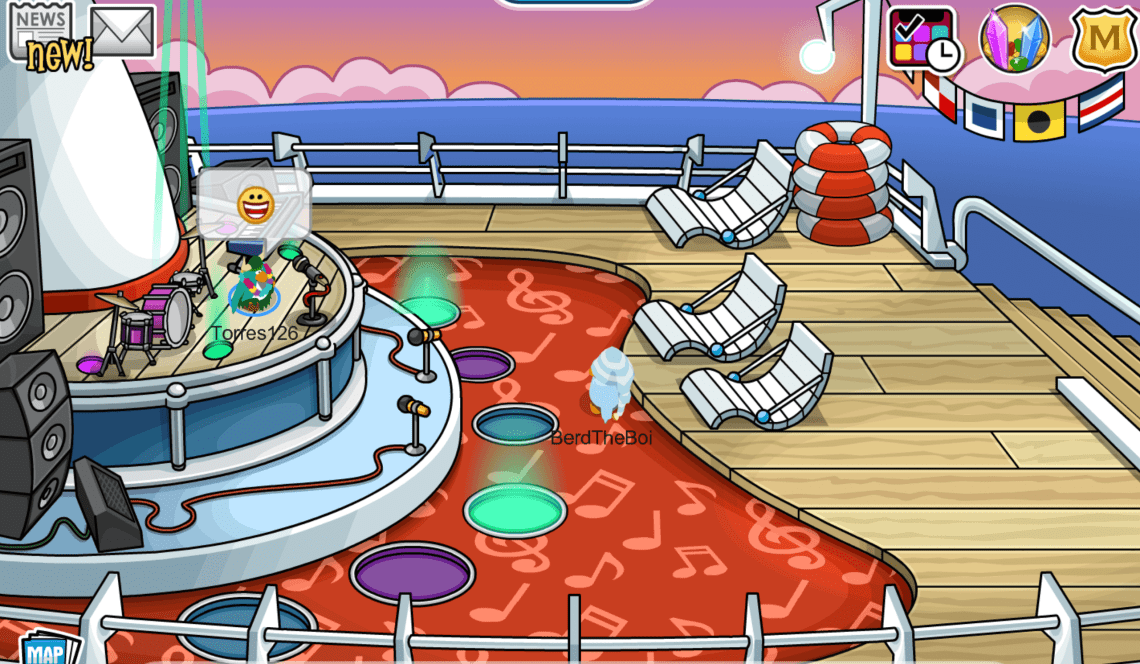 Following much anticipation, the Music Jam has begun on Club Penguin Rewritten! The majority of the event is based around the beautiful sunset decorations on the island, but there are a couple of points worth noting in this guide, so here they are!

Here are all the new rooms which are exclusive to this event:

The first thing which I’d recommend doing is collecting the VIP Pass from the Music Jam dialog, which can be opened by clicking the top right icon on your screen. This will allow you to enter the Cruise Ship and receive the full experience of this event.

As you will also see, there’s six items which you can also come back and collect each day.

This is the only item which is hidden on the island this year. In order to obtain it, assuming you don’t already have it:

If you press E and T on your keyboard, as if you were performing a toot emote, you’ll also be able to collect the Band Background if you don’t already have it.

Several mascots will continue visiting for the 10m Players Celebration, however you should expect an especially large number of visits from the Penguin Band who are confirmed for this event! It was stated by the team that they would be visiting with this new background, although that was over two months ago now.

There’s been no official confirmation on Cadence or DJ Maxx yet, but they tend to visit for this event too so keep your eyes peeled! As always, you can find the Mascot Trackers here.