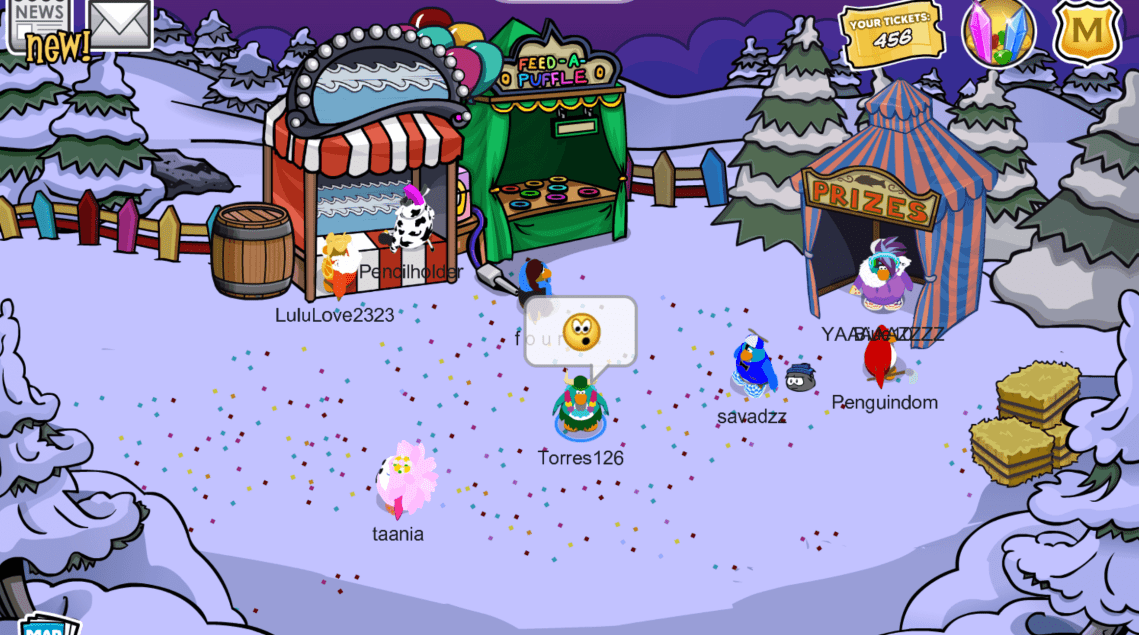 As outlined yesterday, some new content has been added to The Fair on Club Penguin Rewritten! The vast majority of this can be explored at the Bonus Games Room. In order to access this room, you need to enter from the right of the Forest, just above the entrance to the Cove.

This will bring you to a new room with two new games: Puffle Soaker and Feed-a-Puffle! There were plans to add Balloon Pop, but unfortunately, this didn’t end up being possible due to performance issues caused by that game. In addition to the new games, this room also contains a new prize booth where you can obtain some different items.

There aren’t any secrets or hidden items in this prize booth!

The other change worth sharing relates to the Mystery Prizes, as three new ones have been added! These are two costumes of planets, and another body items. The price of purchasing a Golden Ticket at Spin to Win has also been halved from the previous figure.

For the rest of the party, check out this guide instead! Thank you very much for reading, be sure to check back for more of the latest Club Penguin Rewritten news and guides!