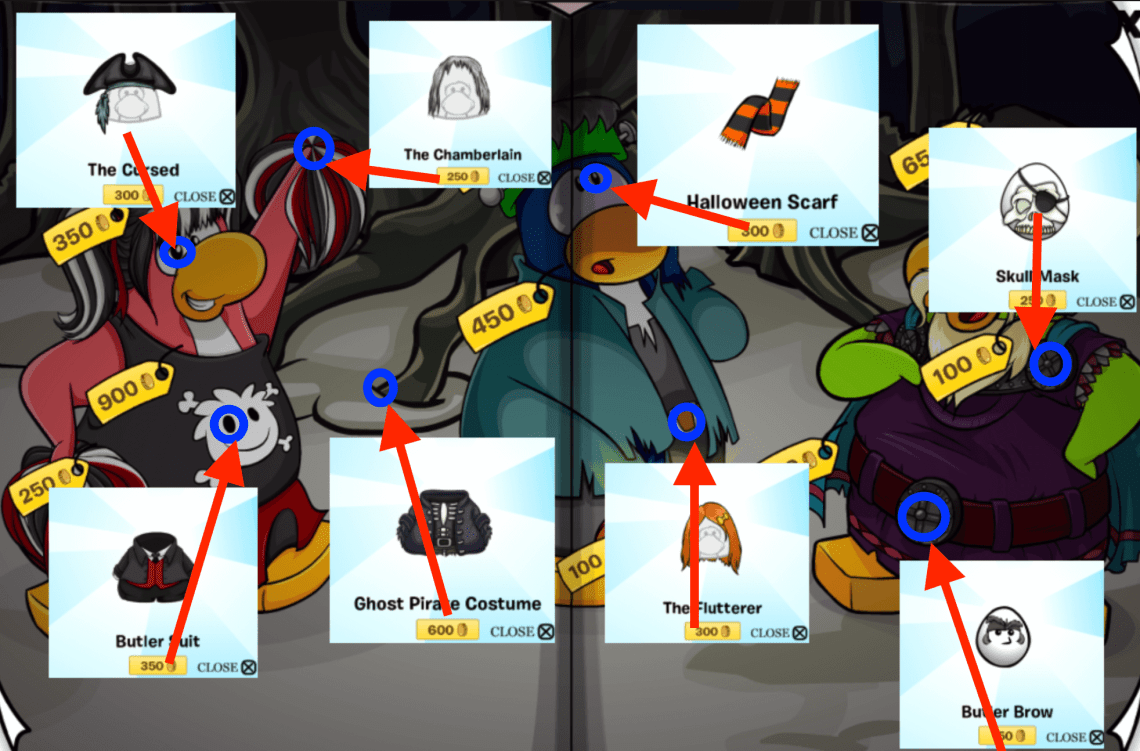 A new Penguin Style has been released on Club Penguin Rewritten for October! It contains a range of items themed around Halloween, including some spooky costumes.

In this post, I will be sharing all the secrets (or cheats) inside the catalog! A circle and arrow represents that a secret is hidden there and the image next to it is the item which you can get by clicking there.

Page one contains the wigs. It has The Black Curls and The High Puff hidden from last time, but The Shadow Spike and The Spider Poof have also been added as new secrets.

The page containing different outfits with special actions has also received an update, and it now contains the Blacksmith Apron and Balloon Vendor.

Whilst it is possible that an item could’ve been missed, this post will be updated immediately if it is incorrect. For now, I am fairly certain that these are all the secrets! I hope that this guide helped, thank you very much for reading!