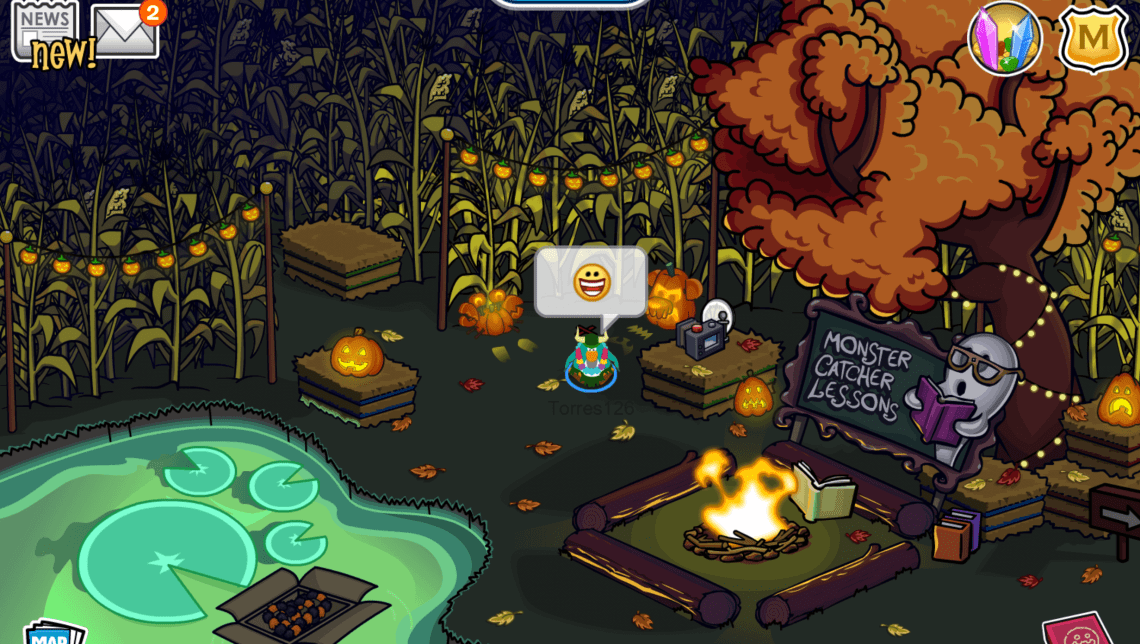 The Halloween Party has taken over the island on Club Penguin Rewritten, and it’s a particularly spooky event with lots to explore! This post will provide a full guide to the party, from the brand new Corn Maze to many of the free items.

While no mascots have been formally confirmed yet, it is likely that Gary and Herbert will visit at some point given their heavily involvement with the party. Both their trackers can be found here and here respectively.

Update – 28th October: Ghost Hunt has now also been added to the island! You can find a guide to that here, and there’s also a code for some spooky costumes that can be found here.

To begin the Corn Maze, head to the Mine Shack and waddle between the two pieces of corn at the top of the room. In light of the different room set-up, I’ve decided to do something a little different and show a video of the Corn Maze. However, I’ll also include some written steps:

At the end of the Corn Maze, there’s two items which you can obtain:

Besides the UFO Pin located at the Boiler Room, there are two additional items located across the island:

Neither of these catalogs have any secrets hidden within them!

That concludes the guide to the Halloween Party for now, but there’s still plenty of spooky rooms to explore! There’ll also be new content added soon, including a Ghost Hunt, and mascots are also expected to visit who will have their own backgrounds.